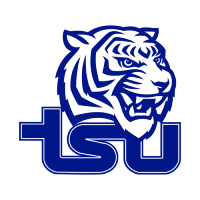 OXFORD, Miss. – Ole Miss women’s tennis defeats Memphis, 5-2, for the Rebels third consecutive win to start the season. The Rebels took the lead and never gave it back.

Ole Miss (3-0, 0-0 SEC) started the match strong in doubles, winning the first two quickly. Emma Kette and Reka Zadori were the first doubles team to finish with a 6-2 win at No. 3 doubles. Anaelle Leclercq-Ficher and Ludmila Kareisova ended their match very soon after, taking down Memphis’ (0-3, 0-0 AAC) No. 1 doubles team, 6-1. The duo are 3-0 to start their season and clinched the doubles point in every dual match.

Lillian Gabrielsen and Kelsey Mize did not complete their match due to the Rebels already securing the doubles point.

The Rebels dominance bled into singles play. Kette showed no signs of slowing down, defeating her opponent, 6-0, 6-0. Gabrielsen extended the Rebels lead to three by winning at No. 3 singles, 6-2, 6-1. At No. 5 singles, Zadori sealed the Ole Miss victory, taking her opponent down in straight sets, 6-1, 6-3.

Ole Miss play the final two games of their home stand in a doubleheader against Tennessee State on Saturday, January 28. The first match starts at noon at William F. Galtney Indoor Tennis Center.