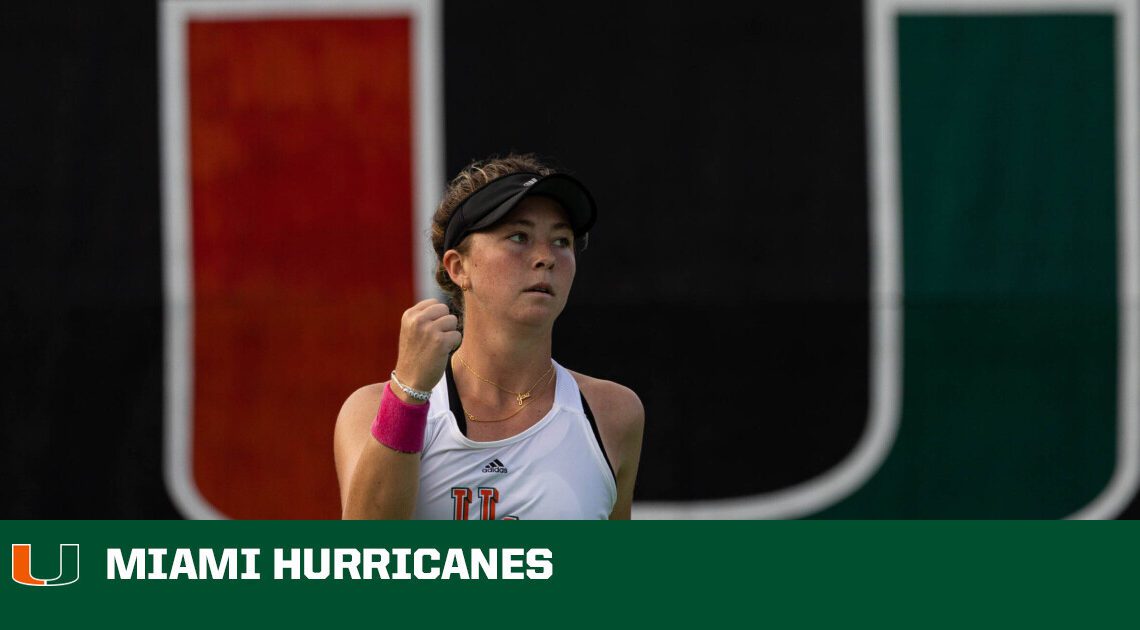 In singles, No. 60 Achong quickly doubled Miami’s lead by cruising to a 6-0, 6-1 decision against Filip. Nearly 20 minutes, the Hurricanes’ next two points then came in short succession.

Mack, in her first collegiate dual match, extended the edge to 3-0 by defeating Gomez O’Hayon, 6-3, 6-0. Moments later, Boch-Collins sealed the home triumph with a resounding 6-0, 6-1 result against Amber McGinnis.

Not long thereafter, the Hurricanes tacked on their fifth and sixth points in a matter of seconds. No. 14 Noel finished off a 6-4, 6-2 triumph over Kudelova and then No. 123 Pfennig downed Silna, 6-2, 6-3.

With the win, Miami improved to 35-0 all-time against Florida Atlantic, its most wins against any foe without a defeat.

“We’re excited to move forward with the season,” Yaroshuk-Tews said. “We’re excited for what lies ahead. This could be a special group.”

The victory also marked the 397th of Yaroshuk-Tews’ illustrious 22-year career and improved Miami to 47-4 all-time in season openers.