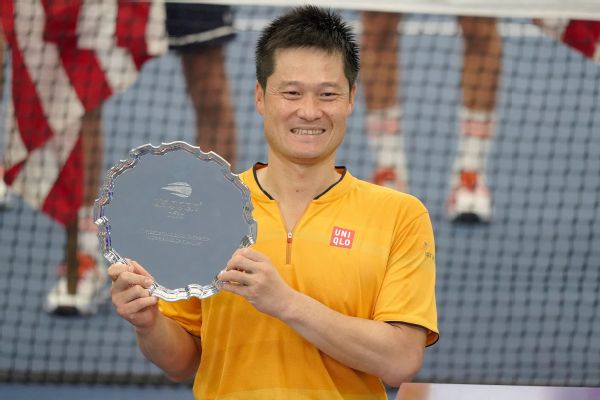 MELBOURNE, Australia — Shingo Kunieda, the most successful player in the history of wheelchair tennis, announced his retirement from the sport on Sunday at the age of 38.

The top-ranked Kunieda won 28 Grand Slam singles titles and completed the career Grand Slam of all four majors when he won Wimbledon in 2022.

“I have been thinking about the retirement since my dream came true at Tokyo Paralympics,” the Japanese player said on social media. “Last year Wimbledon singles title for the first time made me feel that my energy was little left to compete.

“By capturing the 10th time (as ITF) World Champion, I felt that I had done enough in what I wanted to accomplish and thought it was the right time to retire.”

Kunieda won 11 Australian Open titles, with eight wins at both Roland Garros and the US Open and one Wimbledon title.