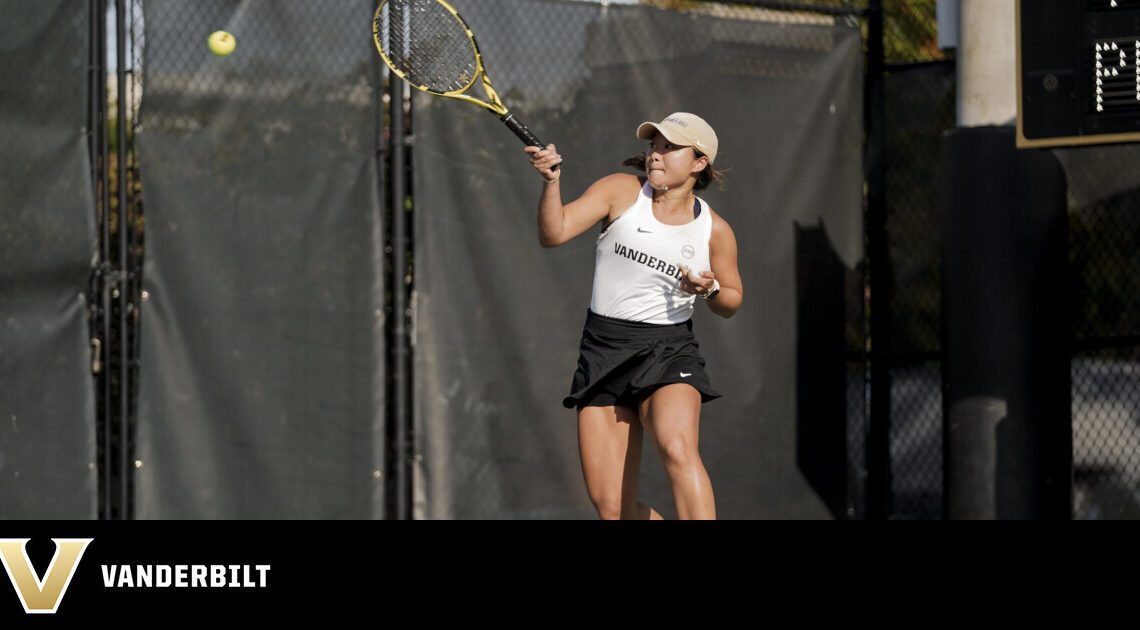 MIAMI — The No. 20 Vanderbilt women’s tennis team wrapped up play at the Miami Spring Invite on Sunday, taking on No. 3 NC State in singles while also facing top-ranked Texas in doubles.

Vanderbilt split the six singles matches against the Wolfpack. Anessa Lee and Amy Stevens both rallied from a set down to win in three sets while Holly Staff was a straight-sets winner.

The Commodores came away with one doubles victory as Marcella Cruz and Bridget Stammel teamed up for a win over the Longhorns.

Over the three-day event, Lee was undefeated in three singles matches while also posting a pair of doubles wins.

Stammel recorded a pair of singles wins to go with Sunday’s doubles victory while Cruz was a two-time doubles winner who also earned a singles victory during the trip. Staff was also the winner of two singles matches in Miami.

The Commodores will next be in action on Sunday, Jan. 22 when the team travels to Chicago to take on Northwestern.