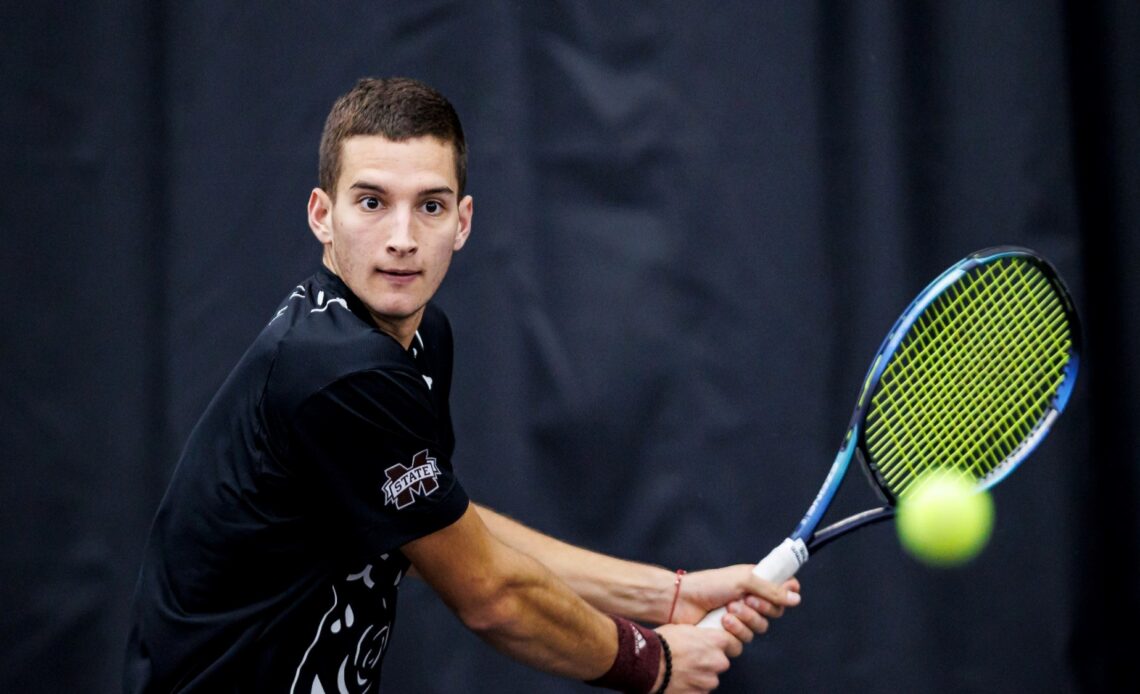 
STARKVILLE – Less than 48 hours after opening the season with a 6-1 win over defending Southern Conference champion East Tennessee State, Mississippi State men’s tennis is back in action against another conference contender South Alabama at noon on Monday.

The Jaguars finished second in the Sun Belt last season and are off to a 3-0 start to this year. USA has already found success in Starkville, blanking East Tennessee State 4-0 inside the Rula Tennis Pavilion on the Bulldogs’ campus on Sunday afternoon.

MSU has had its fair share of success against the Jaguars, having won five straight in the series and eight of the last nine matchups since 2004. The Bulldogs secured a 5-2 victory during the last meeting between the two programs in Starkville on Feb. 13, 2021 and lead the overall series 16-7.

No. 107 Petar Jovanovic and Carles Hernandez are both 7-2 overall in singles and tied for the team lead for coach Matt Roberts‘ squad. Jovanovic, a freshman, is currently riding a four-match winning streak dating back to the fall.

Hernandez and partner Nemanja Malesevic are ranked 42nd in doubles and have been victorious in six of their last eight matches.

Gregor Ramskogler also has a history of doubles triumphs. The fifth-year graduate from Austria has 74 career doubles wins, which moved him into ninth all-time in school history. He needs one more victory to tie Trevor Foshey (2016-19) for eighth at MSU.

Ramskogler also has 52 career dual-match doubles wins, which ties him with Matt Pledger (1994-97) and René-Charles Combette (2000-03) for the sixth-most in the program’s annals.

South Alabama’s roster features the nation’s No. 16 doubles tandem of Jack Clements and Louis Delcour and also the No. 123 singles competitor in Sebastien Collard.