The brilliance and belligerence of Nick Kyrgios 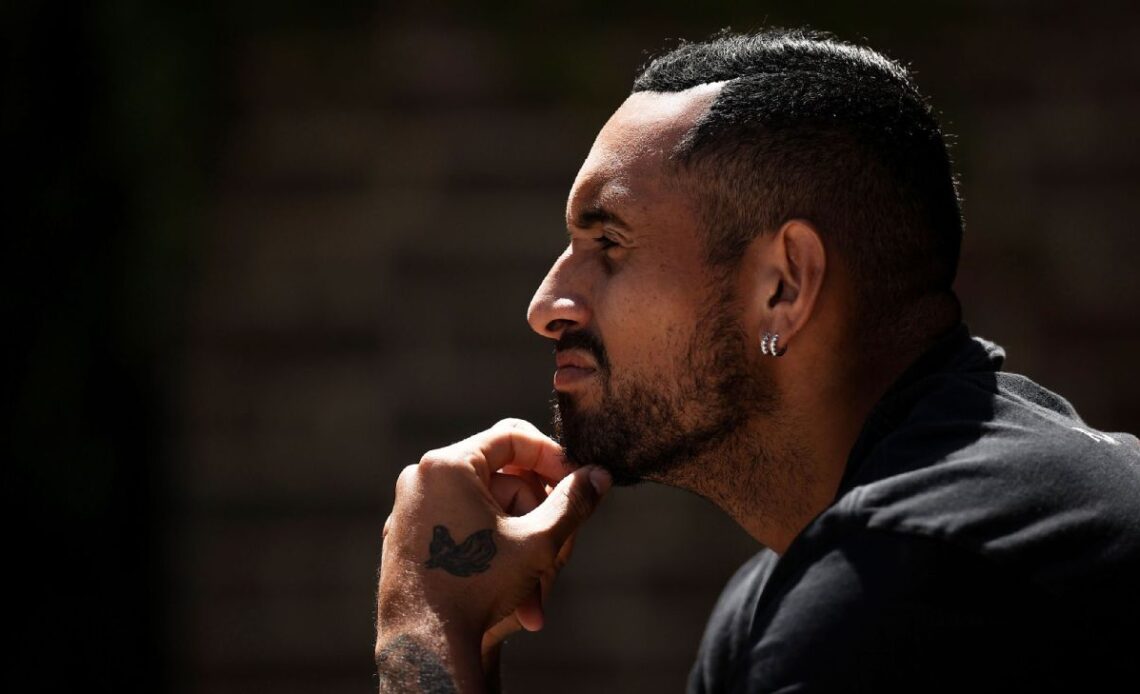 SWEAT DRIPS OFF Nick Kyrgios‘ face as he stands near the edge of the tennis court. It’s a blistering August day in Mason, Ohio, and the 27-year-old, fresh off his maiden trip to a Grand Slam final, wipes down his body with a white towel.

His eyes narrow as he looks in my direction.

It’s the 2022 Western & Southern Open — a month after Kyrgios’ run to the Wimbledon final, a month after a former girlfriend’s allegation of domestic assault against him came to light, and two weeks after he won the Citi Open singles and doubles titles in Washington. Kyrgios is playing Spain’s Alejandro Davidovich Fokina in the first round. After winning the first set and jumping out to a 2-0 lead in the second, he loses his serve.

The stands in the Center Court stadium are about three-quarters full, and I had found an empty seat right next to Kyrgios’ entourage, which includes girlfriend Costeen Hatzi, manager Daniel Horsfall and physio Will Maher. I have come here trying to understand Kyrgios’ enigmatic personality and to experience the mayhem that makes him the most polarizing player in tennis.

A fan sitting next to me asks, “He’s winning. Why is he so angry?”

I turn to my right to peek at Hatzi, who looks composed, but her eyebrows are pinched together. Horsfall claps and nods vigorously at Kyrgios. Maher cheers, “Come on, mate. You got this, mate.”

Kyrgios turns his back on his team, pulls a ball from his pocket, whacks it with his racket into the crowd. The ball ricochets off one of the chairs, between a few spectators.

Had the ball hit a spectator, Kyrgios would have been defaulted from the match. Now, the umpire calls a code violation. The crowd boos.

I check Twitter. “Kyrgios is a disgrace,” one tweet reads. “He should be defaulted for that,” reads another.

Kyrgios makes his way to the baseline to receive Davidovich Fokina’s serve. A look of calm washes over his face.

He breaks at love to go up 3-2. After a tense point at the net, where Kyrgios shows off his power and agility, Davidovich Fokina falls to the court. Kyrgios reaches over the net and helps him get up. The crowd cheers.

And so it has been for the better part of a decade.