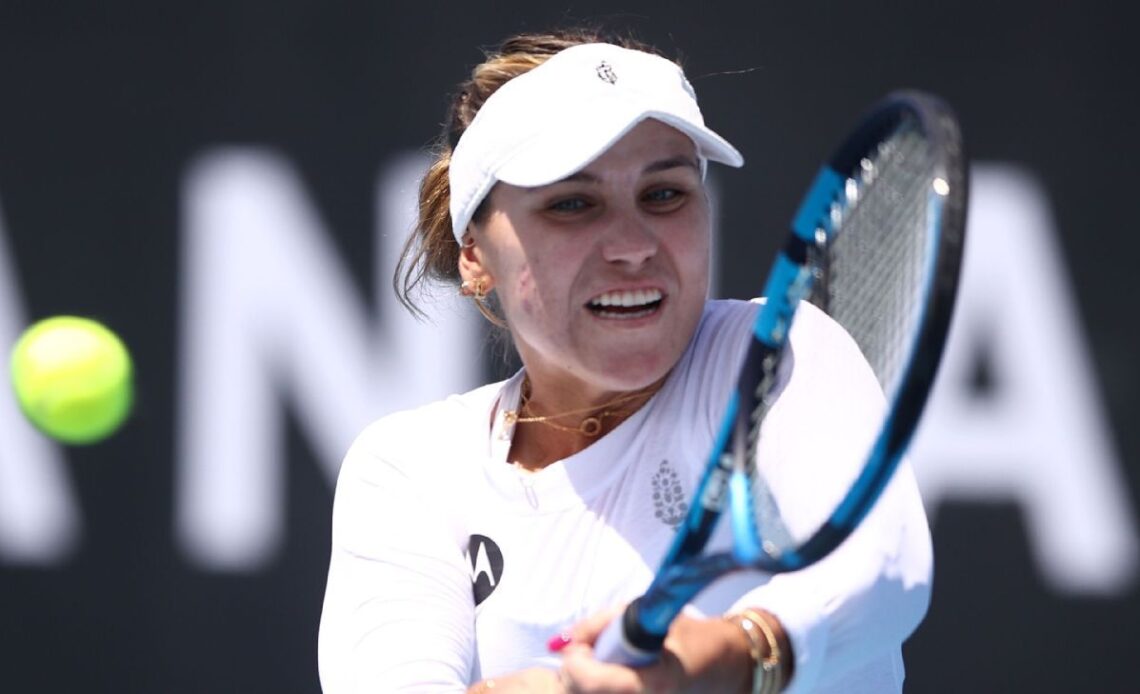 HOBART, Australia — One-time Australian Open champion Sofia Kenin has declared she is feeling like herself again on court after struggles with form and injury led her ranking to nosedive.

The 24-year-old progressed to the quarter-finals of the Hobart International on Wednesday, breezing past Belgian qualifier Maryna Zanevska 6-2 6-3.

Kenin, who reached a career-best No.4 in 2020 a few months after her success at Melbourne Park, is currently ranked No.280 in the world.

She was inside the top 15 at the end of 2021 but her ranking plummeted last year as she battled injuries and a lack of confidence.

Kenin, who won the Hobart tournament in 2019, beat world No.85 Lin Zhu in the first round and will meet fifth seed Anhelina Kalinina for a semi-final spot.

She was too strong for Zanevska, who was coming off an upset win over second seed Elise Mertens, despite suffering a break of serve late in the game.

“I played better (than against Zhu). At the end there were some nerves, with the conditions and she upped her game,” Kenin said.

“Overall, I played the way I wanted to play and I’m happy with the win.”

Kenin said she was starting to feel like her game was getting back to where it was a few years ago.

“I definitely feel that way. Super happy,” she said.

“(I) definitely feel like I’m myself on court and playing well with confidence. Super proud.”

Italian youngster Elisabetta Cocciaretto, who beat Cornet, also progressed to the quarter-finals with a 6-2 6-1 win over compatriot Jasmine Paolini.