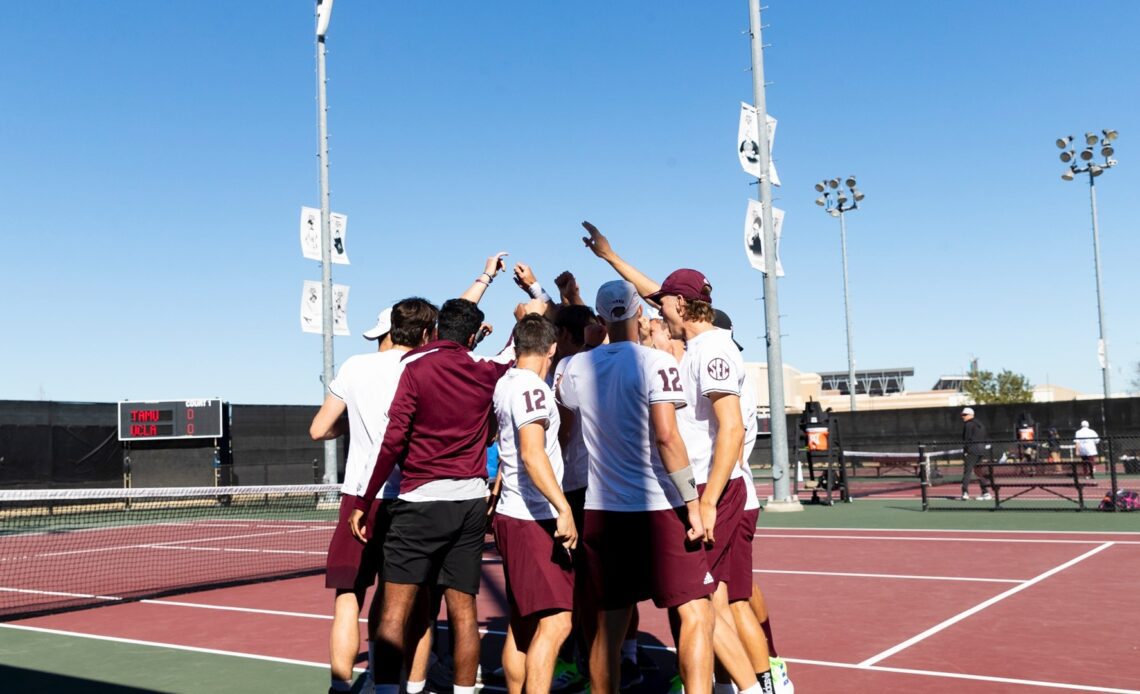 THOUSAND OAKS, Calif. – The No. 23 Texas A&M men’s tennis team heads to California for the Sherwood Intercollegiate to open its spring campaign. The tournament will be held Thursday through Sunday at the Sherwood Country Club.

“Sherwood is one of our favorite tournaments of the year,” said head coach Steve Denton. “Playing storied programs like UCLA and USC is a great way to test ourselves early and get some much-needed competition before the dual match season.”


This season marks the fourth time the Aggies have attended the Sherwood Intercollegiate. This year A&M will be joined by No. 9 USC and UCLA, as the trio of teams will play a combination of singles and doubles matches over the four days of competition in a round robin format.

The Aggies are one of only seven schools to boast four ITA ranked singles players, No. 43 Trey Hilderbrand, No. 44 Pierce Rollins, No. 88 Raphael Perot and No. 92 JC Roddick. A&M also features the No. 33 ranked doubles team in Noah Schachter and Trey Hilderbrand.


The Maroon & White was active in the fall semester, both collegiately and on the pro circuit. Senior Pierce Rollins highlighted the collegiate scene for the Aggies, reaching the final of ITA Texas Regional. This result qualified Rollins for the ITA National Fall Championships in San Diego, Calif. On the pro circuit, the newly assembled doubles team of Noah Schachter and Trey Hilderbrand won two pro tournaments, while Sophomore Giulio Perego won the PTT Pro Tournament held at the Mitchell Tennis Center.

The more events you attend, your points will increase. Those points can be redeemed via the online Giveaway Store for a variety of items.

FOLLOW THE AGGIES
Visit 12thman.com for more information on Texas A&M men’s tennis. Fans can keep up to date with the A&M men’s tennis team on Facebook, Instagram, and on Twitter by following @AggieMTEN.