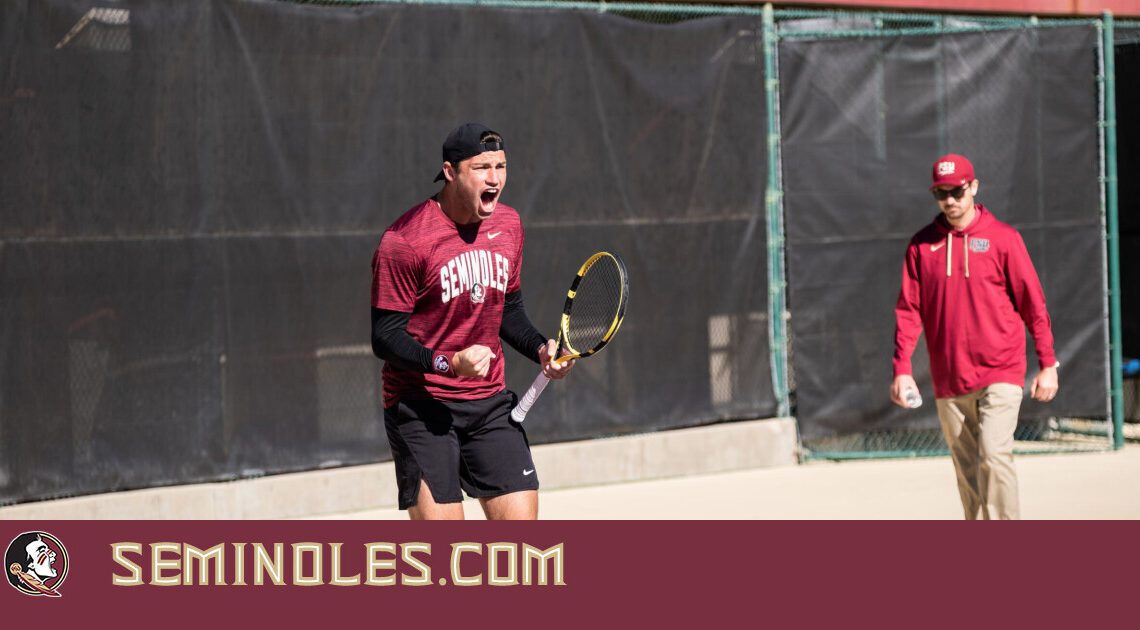 TALLAHASSEE – The 16th-ranked Florida State men’s tennis team won its home opener and improved to 3-0 this season with a 5-2 victory over No. 7 Georgia on Sunday afternoon.

“Georgia has a great team,” head coach Dwayne Hultquist said. “To beat them here is great for our program. This is two years in a row we’ve beaten them. We feel like we have a very good team, and we have a lot to prove here early in the year. We have lots of tough, high-ranked teams that we play but we did that by design. We’re thrilled to get this win. It was awesome having a huge crowd out here today, and I think people will want to come back and watch more of that.”

The Seminoles jumped out to a 1-0 lead by defeating both of Georgia’s nationally-ranked doubles pairs to claim the initial point. Maks Silagy and Joshua Dous-Karpenschif earned the first win with a 6-3 decision over No. 55 Britton Johnston and Blake Croyder at the No. 2 position. Georgia then evened doubles with a 6-3 win at No. 3 to set up the deciding contest at No. 1. Antoine Cornut-Chauvinc and Barnaby Smith finished off an exciting, 7-6 (3) victory over the 19th-ranked doubles pair in America, Ethan Quinn and Trent Bryde, and gave FSU the early lead.

“Georgia is one of the best teams in the country, so this was a big goal for us and we are excited for it,” Cornut-Chauvinc said. “We all fought on the court. I’m pretty proud of the team. Last year, I was watching the guys and wanted to be on this court. It’s so nice not only for me but for the team to clinch the doubles point with Barnaby and seeing all the guys around, then I had a really good match with Ethan so I’m pretty happy.”

“It’s always good to win at home, especially in our first match…