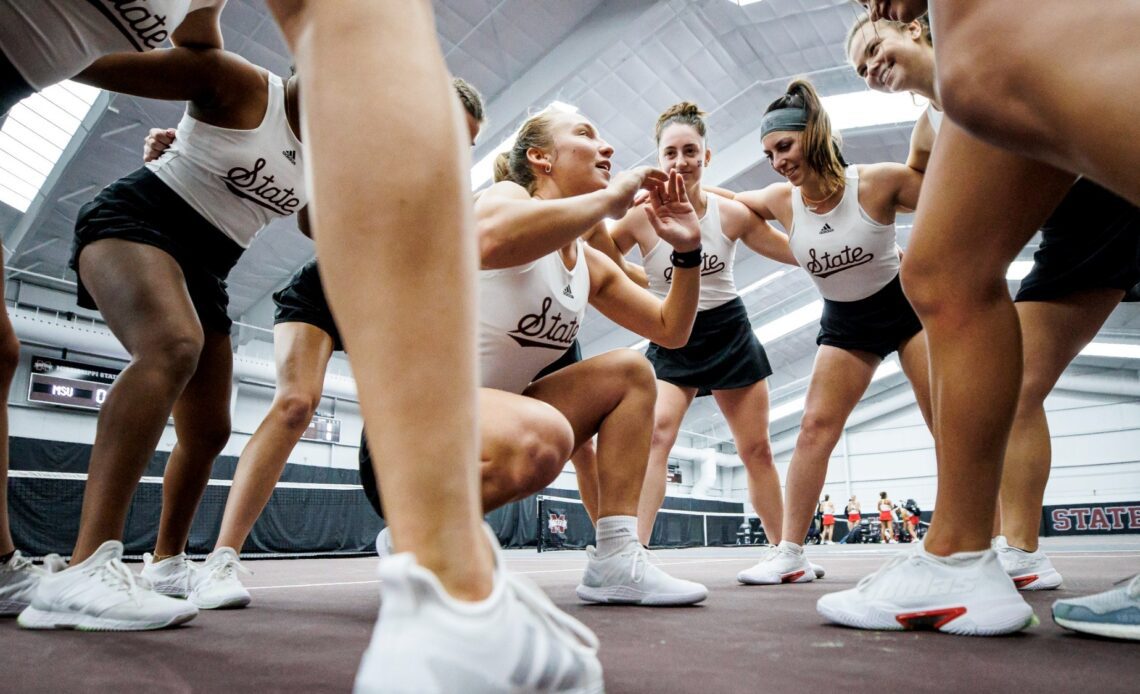 
STARKVILLE – Mississippi State women’s tennis swept its doubleheader with victories over Louisiana and UAB at the Rula Tennis Pavilion on Sunday.

MSU improves to 2-0 on the season and extends its non-conference home match winning streak to 55 games.

Against Louisana, the Bulldogs secured the doubles point to go up 1-0. The tandems of Emmanouela Antonaki and Gia Cohen in the one spot and Alexandra Mikhailuk and Maria Rizzolo at the two spot, won their matches with ease.

Emily Surcey, a new Bulldog, secured the first singles point for MSU at the No. 6 spot. It was followed shortly afterward by Chloé Cirotte, who took down Angelique Berrat in straight sets.

Antonaki clinched the win for State after taking down Lucie Raquin in straight sets in the one spot.

“We’re always excited to get started, and that was definitely not different this year,” head coach Daryl Greenan said. “Everybody has been working hard and [is] fired up about getting the season going. It’s always good to start off with a win.”

Meanwhile against UAB, the Bulldogs came away with victories in all six singles matches. Mikhailuk kicked things off with a 6-3, 6-0 win over Sydney Clarke. Niroshan kept the momentum going by taking down Enya Ratkic in straight sets.

Cirotte closed out singles for MSU with a three-set victory against Mackenzie White. After losing the first set 6-7 (3), Cirotte bounced back to take the next two sets 6-4, 7-5.

“We knew our team was going to be a bunch of fighters,” Greenan said. “We got to prove that today, because UAB came in to play and they took the doubles point from us. They did a great job. We then lost two first sets in the singles, so we knew we had a battle on our hands at that point. For us to step up and win that match 6-1 amazing. That looks like a one-sided match, but it really wasn’t. We won four out of the four three-setters. I’m just really proud of the effort today. The way we fought and getting two wins on the first day of the season. The girls found a way to get it done.”

In doubles, Cirotte and Niroshan claimed a 6-3 win over Smith…