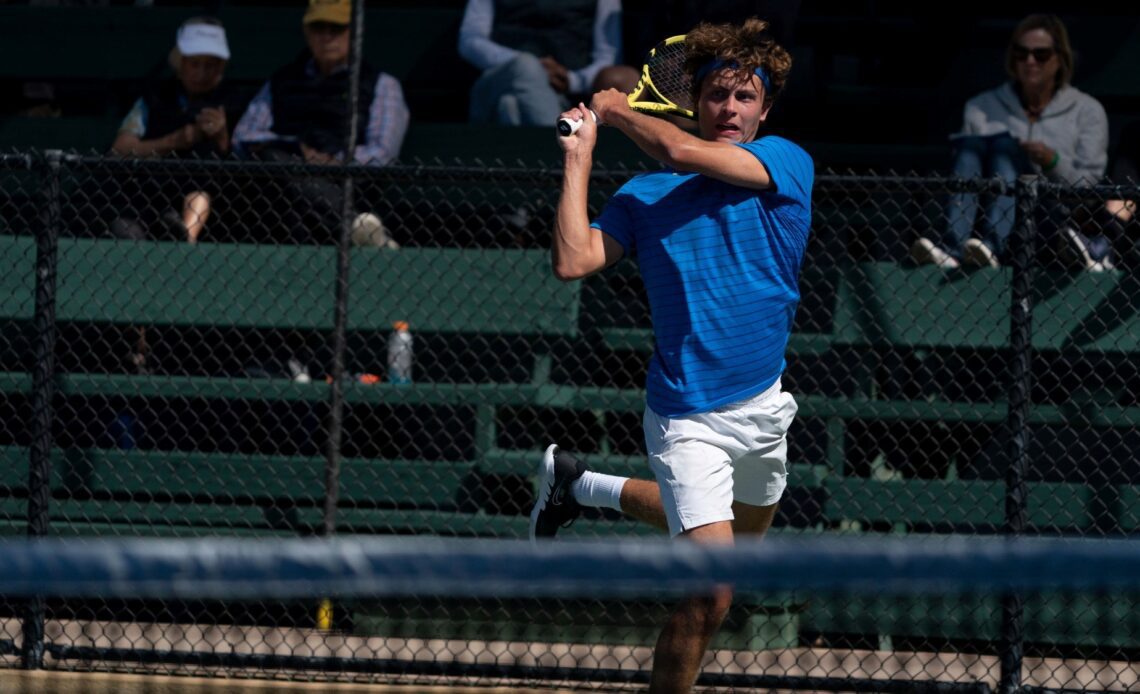 Competition continues through Saturday. Matches were originally slated to begin Saturday and run through Monday, but impending weather led to the change. Joining the Bruins in the field are Texas A&M and USC.

UCLA played in five tournaments during the fall, with Alexander Hoogmartens seeing action in a pair of national events and collecting a team-high seven singles wins. He made it to the singles final round at the ITA Southwest Regional Championships in Malibu, Calif.

Jeffrey Fradkin and Patrick Zahraj enter the new year with five doubles victories apiece to tie for the team lead. Fradkin and Aadarsh Tripathi captured the UCSB Classic doubles title, while Zahraj and Hoogmartens advanced through qualifying to earn a doubles main-draw spot at the ITA All-American Championships.

UCLA turns its focus to the team portion of its schedule when play concludes at Sherwood. Los Angeles Tennis Center hosts the Bruins’ dual-match opener against Hawai’i Jan. 20. First serve is set for 1 p.m. PT.