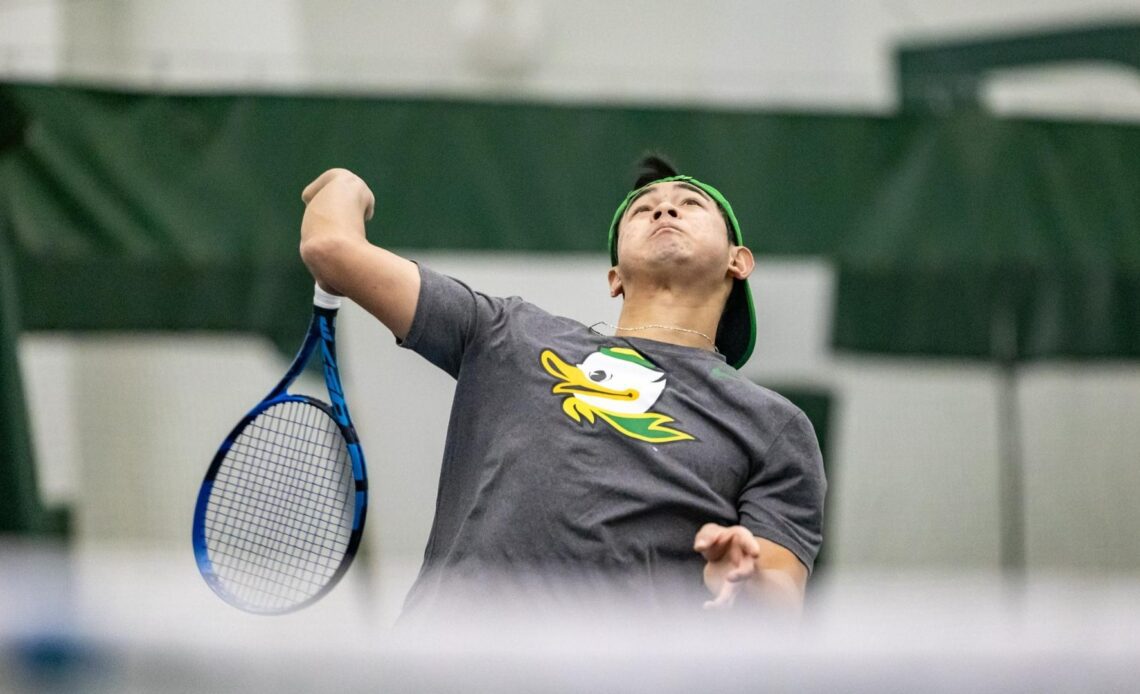 At 11:00 a.m., Oregon will face Utah State to start the season, before taking on UC Riverside at 5:00 p.m. on Friday evening. It’s the lone set of home matches in January, with the Ducks heading to Columbus on January 27 for the ITA Kickoff.

The Ducks return spots one through five in the lineup and have retooled with talented Freshmen and a standout transfer in Ray Lo from Wichita State. Lo closed the fall season strong and looks to make an immediate impact for Oregon. Romanian freshman Vlad Breazu also played well in the fall and will be a fun watch for Duck fans this season.

The No. 9 ranked doubles team headlines the Oregon lineup, as Joshua Charlton and Quinn Vandecasteele look to pick up where they left off and reach another doubles championship tournament this season. Double-digit match winners of Charlton, Ivailo Keremedchiev, Jesper Klov-Nilsson and both Vandecasteele brothers all return to an exciting Ducks lineup that will be fun to watch all season long.

Home matches are free to the public and take place at the Student Tennis Center on the UO campus.