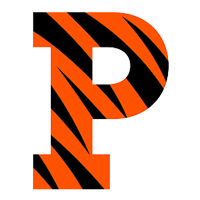 The Rebels were a force to be reckoned with, tallying wins in all six of the team’s doubles matches on the day as well as going a perfect 12-0 in singles play against the Tigers. The Rebels ultimately saw straight-set wins in 11 of those 12 singles wins.

The Rebels opened the first match of the day by coming out with a strong start in doubles action, sweeping through all three matches against the Tigers. Senior Rebel duo Nikola Slavic and Lukas Engelhardt would strike first in No. 1 doubles with a 6-2 victory, while the freshman duo of Isac Strömberg and Noah Schlagenhauf went on to secure the doubles point for the Rebels by the same scoreline in No. 3 doubles.

Simon Junk and John Hallquist Lithen rounded out doubles play for the Rebels with a 6-4 win on Court 2 for doubles action, giving all three Rebel pairings their first dual doubles victories of the season.

The Rebel dominance carried right into singles play for the Ole Miss side with all six matches ending with the Rebels capturing straight-set wins across the board. This helped the Rebels grab a match one victory by a score of 7-0.

Headlining the Rebel sweep were the first collegiate victories for two freshmen in the lineup, as both Schlagenhauf and Strömberg took home wins in the No. 5 and No. 6 positions, respectively. This marks the first time that two Rebel freshmen have earned singles wins in the same match since April 11,…