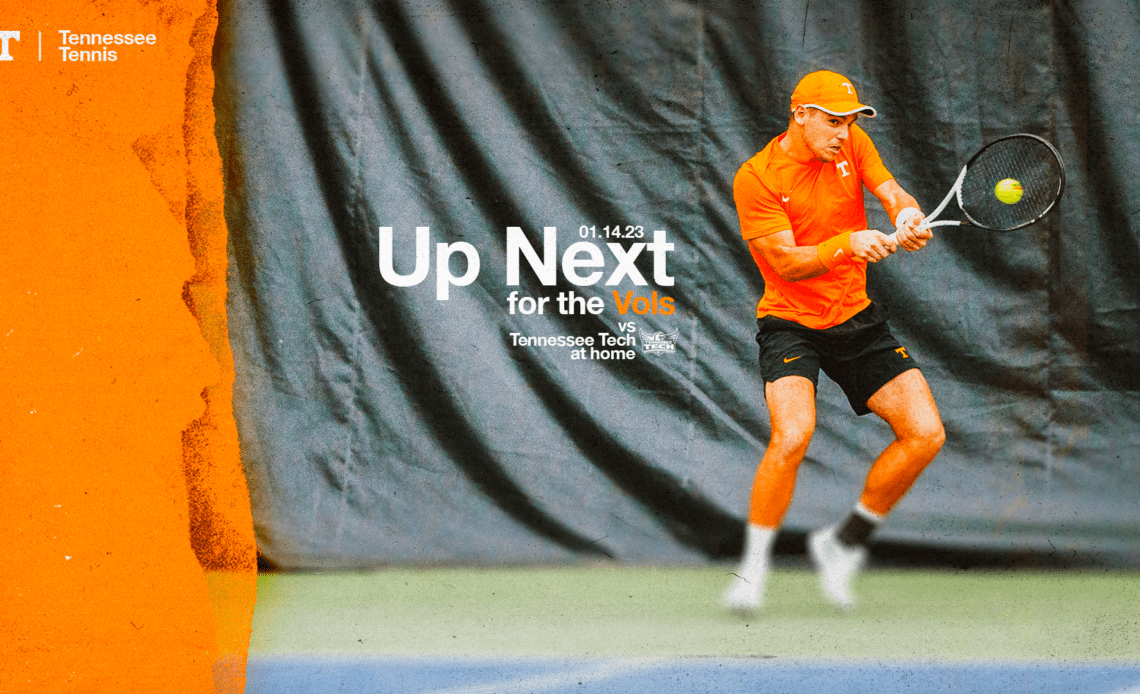 A pair of wins Saturday would mark the 10th 4-0 or better start for Tennessee in the past 11 seasons.

LAST TIME OUT
The Vols swept Texas Tech 7-0 Monday afternoon to improve to 2-0 on the young season.

Saturday serves as the 21st and 22nd all-time meetings between Tennessee (2-0) and the Golden Eagles (0-0) from the midstate. The Vols have emerged victorious in each of the series’ previous 20 matchups, dating to 1935. In 2022, Tennessee Tech finished the year at 8-13 overall and 2-13 in true road matches. After winning the OVC Tournament title with a 4-1 win over Belmont, the Golden Eagles were swept by Tennessee in the first round of the NCAA Tournament. That makes Saturday Tennessee Tech’s second consecutive dual match in Knoxville.

Graduate Emile Hudd tallied his 50th career dual singles win with a convincing 6-4, 6-2 rout of Texas Tech’s Franco Ribero on court three Monday. Hudd stands at 50-22 (.694) in dual singles matches in his career. Since arriving on Rocky Top for the 2021-22 season, Hudd is 23-8 (.742) in dual singles action, with all but three of those matches coming at the No. 2 and 3 lineup positions.

JOMO IN THE DOUBLES DUB COLUMN

Tennessee is 49-4 (.925) in its past 53 home matches, dating to the 2019 dual season. The Vols ride an eight-match home win streak, dating to last season, into Saturday’s matches.

Tennessee travels north for a top-10 showdown against fifth-ranked Michigan in Ann Arbor on Thursday, Jan. 19 at…