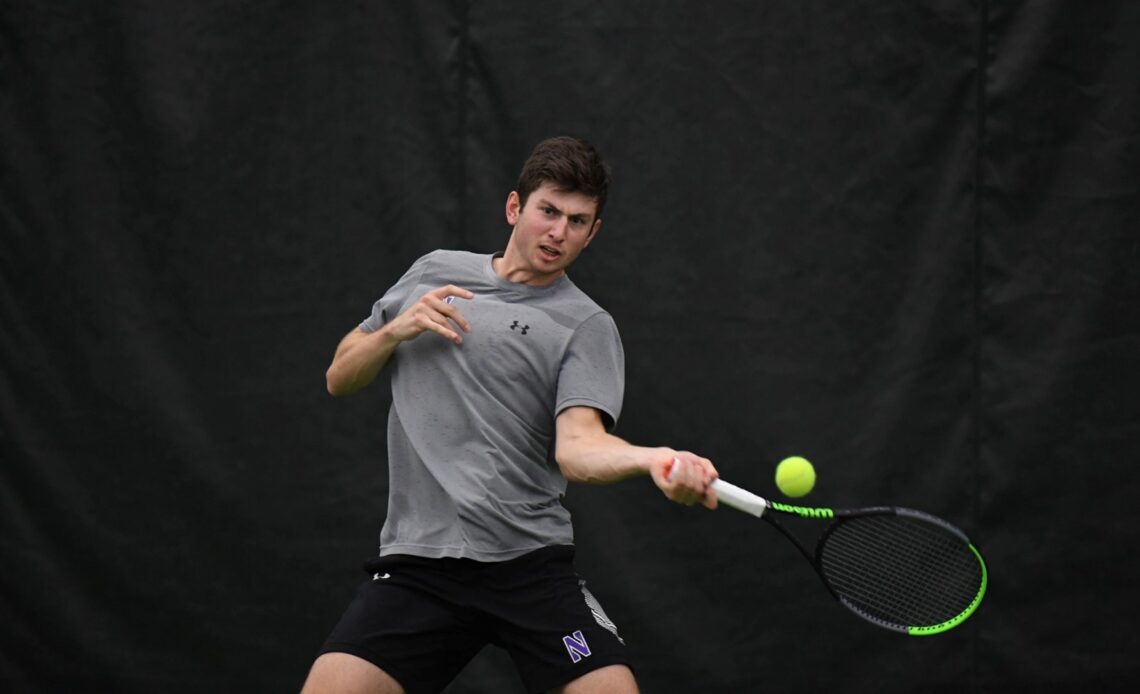 The 2023 schedule opens with Notre Dame on Sunday at noon, before a monday doubleheader with NC State and Chicago State. First serve against NC State will be at noon, and the Chicago State match will start at 5:30 p.m.

Admission at Combe Tennis Center is free all season long, and all home matches can be streamed for free on nusports.com.

Northwestern returns ten letterwinners from last year’s team that went 20-11. The Wildcats earned a berth in the 2022 NCAA Tournament, defeating East Tennessee State before falling to Kentucky in the Second Round. First-year Chad Miller and Ivan Yatsuk join the ten returners from last year to round out the 2023 roster.

Northwestern looks to continue its momentum from the fall when Yatsuk claimed the Big Ten singles title.

The most recent ITA Team Rankings have the Wildcats receiving votes, while Ivan Yatsuk (No. 97) and Trice Pickens (No. 110) both appear in singles rankings.

The Wildcats will continue the 2023 season when they travel to Louisville on Sunday, January 22.