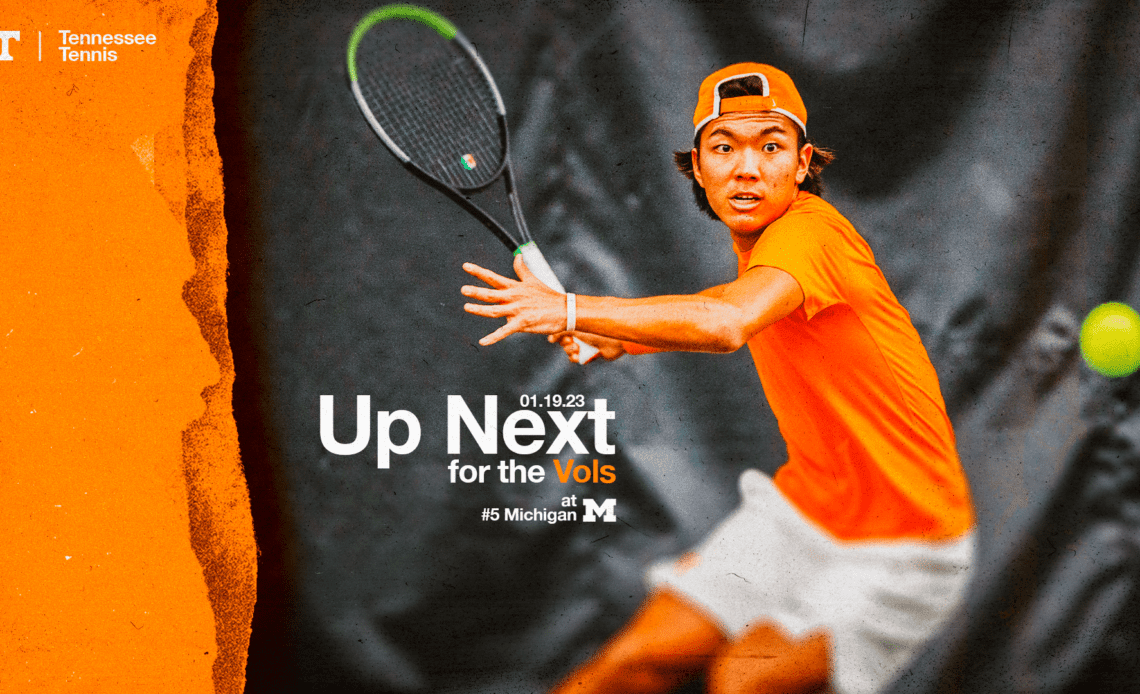 ANN ARBOR, Mich. – The sixth-ranked Tennessee men’s tennis team is geared up for a top-10 clash against No. 5 Michigan Thursday, Jan. 19 at 5 p.m. ET inside the Varsity Tennis Center.Tennessee enters the match having won 13 of its previous 15 matches, dating to last dual season. The Vols have won all but one singles match this season, outscoring opponents 24-1 through four contests. Thursday serves as Tennessee’s first time in program history playing Michigan in Ann Arbor.

Live stats and a live stream of Thursday’s match can be found here.

The Vols (4-0) and Wolverines (1-0) meet for the 14th time Thursday, with the most recent meeting coming in 1996. From 1979-93, Tennessee won 10 consecutive matches against Michigan and hold a 10-3 advantage over the Wolverines in the series, which dates to 1975. A win for Tennessee Thursday would be its fifth top-10 win since the start of the 2022 dual season.

Michigan opened the season Sunday with a 7-0 win over Boston University. Last season, the Wolverines advanced to the NCAA national quarterfinals, finishing the season with a 25-4 overall record and a Big Ten Tournament Championship. Ondrej Styler logged a 14-2 record at No. 1 singles for Michigan during the 2022 dual season.

WOLVERINES IN THE RANKINGS

Under Chris Woodruff, Tennessee has racked up 10 top-10 wins since 2019, including seven top-five triumphs. Three of those top-10…