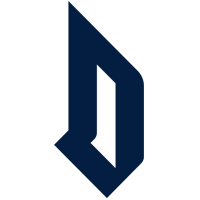 UNIVERSITY PARK, Pa. – The Penn State men’s tennis team collected a 6-1 over the Delaware Blue Hens before picking up another 6-1victory against the Georgetown Hoyas in Sunday’s doubleheader.

“I thought it was a great way to start the season,” said head coach Jeff Zinn. “Two really good teams, well coached, gave us all we could handle. They made us work hard and we did. I was really pleased with today’s effort, especially in the second match after a pretty tough first match. We came out with energy, everybody played hard in the second match against Georgetown. They were both very good teams, team that could easily win their conferences. It bodes well for us.”

The Nittany Lions won courts one and two to clinch the doubles point over the Blue Hens.

On court two, Sam Bossem and Loren Byers swept Delaware’s Alexandre Gluck and Daniel Krulig 6-0 to finish first. Malik Bhatnagar and Charl Morgan earned the comeback win on court one in a 6-4 contest over James Wilkinson and William Wibmer. At No. 3, Stefan Simeunovic and Miko Eala went unfinished, 3-5.