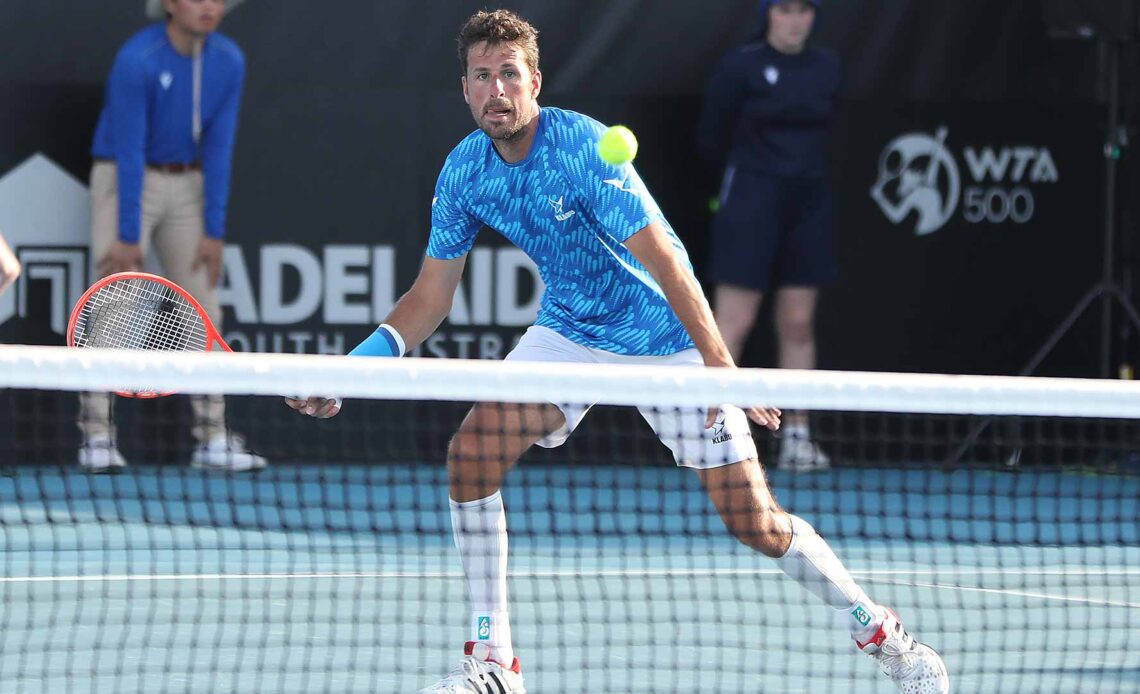 Robin Haase was laying in bed at his Adelaide hotel on Tuesday afternoon, waiting to head to Memorial Drive for a 2:15 p.m. lunch before a 4:30 p.m. practice ahead of an evening doubles match at the Adelaide International 2.

That was when the Dutchman received a big surprise. The ATP tour manager on site called to ask the 35-year-old if he could make it to the venue by 2 p.m. to take a lucky loser spot in the singles draw. On Monday, he had lost in the final round of qualifying to Tomas Martin Etcheverry in straight sets.

By the moment Haase looked at the time, he had four minutes.

“I was [the] second lucky loser [on the day’s list] and so of course there was actually no chance to get in because everyone is here. If by any chance there was someone, then it would be one and I was second. So I was lucky that he couldn’t play,” Haase told ATPTour.com. “And then I had to rush. It’s four minutes before the match…

“I was speed-walking and I forgot my accreditation so I [saw] the security guard while I was running. He said, ‘Hey, you need to get scanned’, and I was like, ‘Yeah just follow me, I’ve got to go on court.’ I told him [to] get security. It was kind of funny.”

Two of the four players on the lucky loser list, Soonwoo Kwon and Christopher O’Connell, took their place in the main draw on Monday. When Maxime Cressy withdrew ahead of his match against Benjamin Bonzi on Tuesday due to a back injury, the first player who was called was unable to make it by the time the match was announced at 2 p.m.

That is why Haase, whose first priority is now doubles, was summoned. The No. 257 player in the Pepperstone ATP Rankings had been an alternate in qualifying. Suddenly, he was a speed-walk from his hotel away from having another chance.

The Dutchman had eaten a “very early” breakfast because he trained with doubles partner Matwe Middelkoop at 10 a.m. Haase “wasn’t hungry at all”, but Middelkoop wanted to eat, so the two-time ATP Tour singles titlist ate a “tiny sandwich” at 11:20 a.m. That was all he had in his stomach when he took the court against Bonzi. During the match, he ate half a banana.

“Of course I didn’t have any warmup, so I decided to use the first few games as a warmup because I didn’t want to get injured,” Haase said. “Then I started to play actually quite good. He served for the match and my girlfriend, I told her as a joke, ‘Every point I win now we do a small dance’, and…