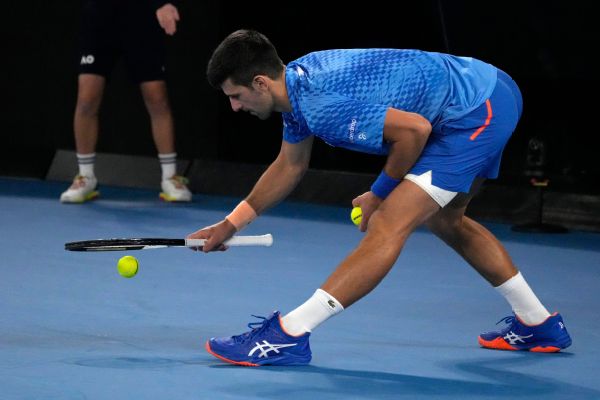 MELBOURNE, Australia — Novak Djokovic has backed calls from Andy Murray for the Australian Open to consider altering its schedule early in tournaments to avoid any more 4 a.m. finishes, with the nine-time Melbourne champ declaring “something needs to be addressed” to ensure players are in the best condition possible for Slam tennis.

Murray and Thanasi Kokkinakis didn’t begin their match until 10:20 p.m. on Thursday night because the day session on Margaret Court Arena had run long. Following his third-round loss to Roberto Bautista Agut, the Brit said there were “some simple things” which could be done to fix the issue.

“Finishing matches at 4 in the morning isn’t good for the players. I would also argue it’s not good for the sport, anyone involved in it,” he said.

“I think the US Open went to playing two matches in the day session. That would stop the day matches running into the night session starting too late. I think that’s quite a simple one that you could look at. You’d still get quality matches during the day. The people who bought ground passes would get to see more of the top players, which would be excellent for them.

“I think if you did that, you could also potentially bring the night sessions slightly earlier, as well, like 6:00 or 6:30pm. That time, those few hours, can make a difference to the players. I think that’s something that’s probably worth, yeah, considering moving forwards.

“I’m sure if you went and spoke to some sleep experts and sports scientists, et cetera, the people that actually really know what’s important for athletes to recover, they would tell you that sleep is the number one thing, that that’s the most important thing.”

Later, Djokovic, co-founder of the Professional Tennis Players Association and former ATP player council president, said “something needs to be addressed I guess in terms of the schedule after what we’ve seen this year.”

“I think that players’ input is always important for tournament organization,” he said.

“Whether it’s decisive, we know that it’s not because it comes down to what the TV broadcasters want to have. That’s the ultimate decision maker.

“I would agree with Murray’s points. I think we have days when the day sessions go longer, but probably more days statistically in average where they finish, say, 5:00pm, 6:00pm max, and you can start night session an hour earlier at least. I agree with him.

“For the crowd, it’s entertaining, it’s exciting, to have matches midnight, 1, 2,…