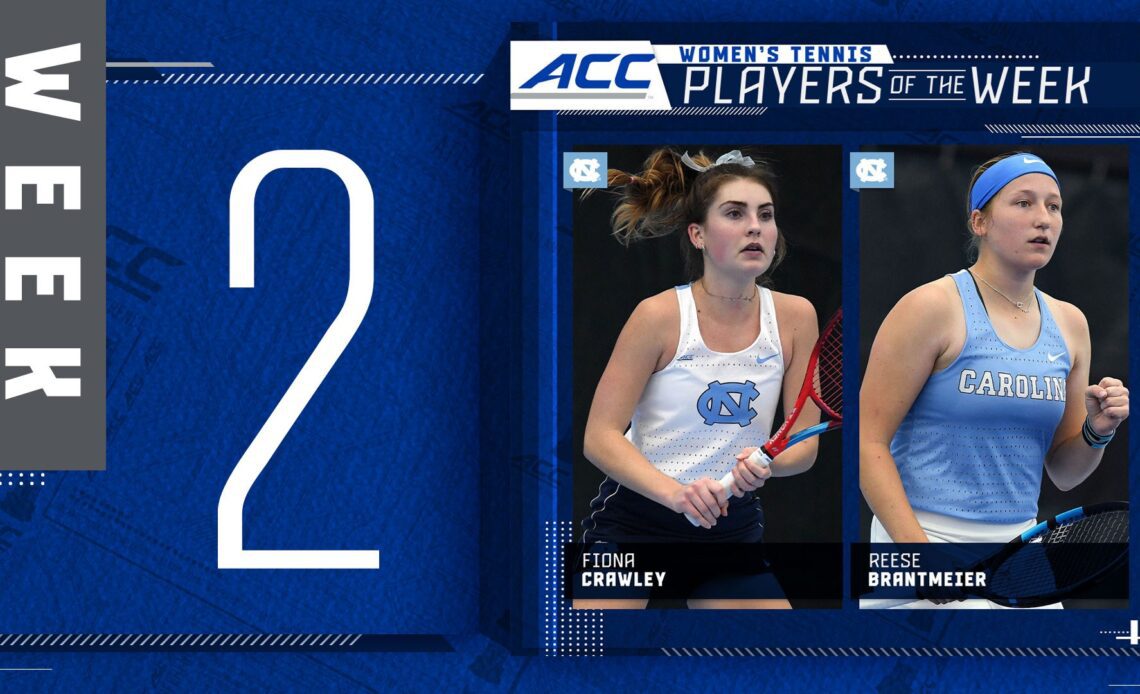 
GREENSBORO, N.C. (theACC.com) – North Carolina swept the second week of ACC Women’s Tennis Weekly awards with Fiona Crawley earning Player of the Week and Reese Brantmeier earning Freshman of the Week as the No. 2 Tar Heels defeated Wisconsin and Auburn with a pair of 6-1 results.

No. 1 Crawley defeated two ranked singles opponents versus Wisconsin and Auburn and added a doubles win against the Badgers. In the No. 2 spot, Crawley defeated No. 59 Maria Sholokhova of Wisconsin in three sets, 6-3, 2-6, 6-1. The San Antonio, Texas, native moved to the No. 1 singles spot and took down No. 43 Ariana Arseneault in three sets, 7-5, 1-6, 6-2. The top ranked doubles team of Crawley and Carson Tanguilig swept Auburn’s No. 2 pair, 6-0.

Brantmeier went a combined 3-0 on the week, earning two singles victories at the No. 3 spot and a doubles win in the No. 1 spot. The Whitewater, Wisconsin, native earned a two-set 7-6 (10-5), 6-1 victory over Wisconsin before claiming the 6-2 doubles victory with teammate Elizabeth Scotty. Against Auburn, the freshman downed No. 78 DJ Bennett in two sets, 6-4, 6-3.