No. 17 Florida Travels to Face UCF on Saturday 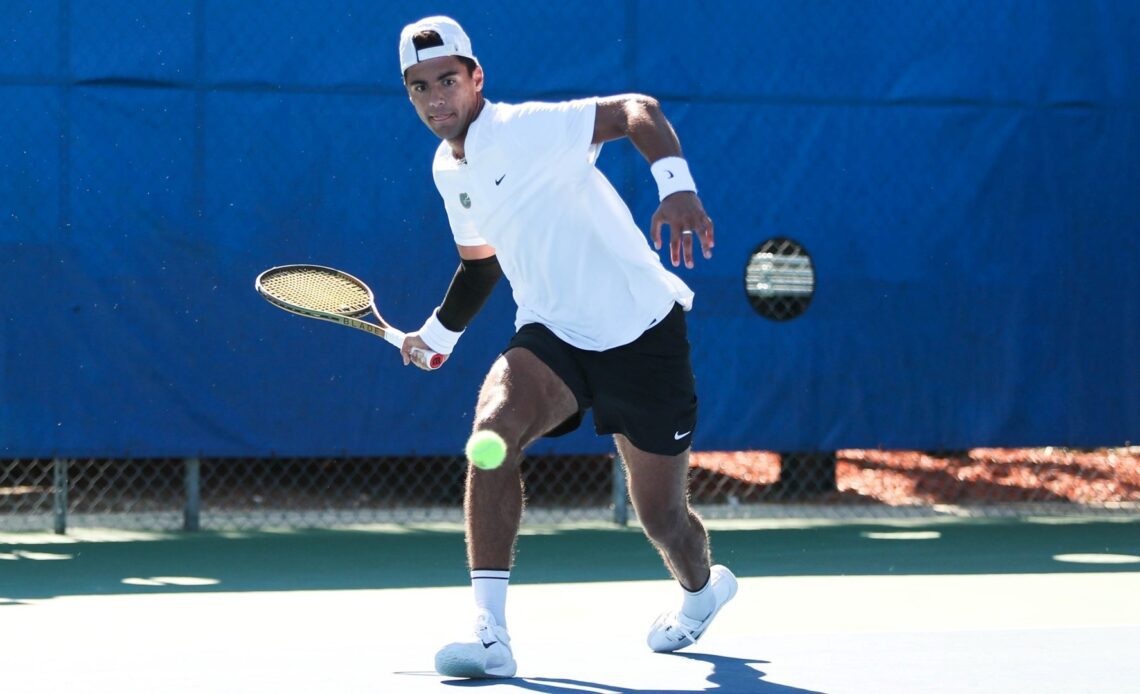 Florida last visited Orlando in 2020 and defeated the Knights 7-0. Florida owns the all-time record at UCF 2-0 and the overall series 21-0.

Last weekend, Florida opened its spring slate against No. 8 Texas as the only Top-15 matchup in the first two weeks of college tennis. Despite the 2-5 loss, the Gators battled all the way through and showed plenty of promise to come. Will Grant, who played above No. 6 in singles for the first time in his career, beat Texas’ No. 30 Micah Braswell in straights, 6-3, 7-6 (5) to give Florida their first point of the season. In Jonah Braswell’s first dual match of his career, the freshman debuted at No. 3 against Pierre-Yves Bailly where he was up 6-2, 6-7 (4), 3-1 before Bailly retired.

In doubles, No. 10 Tanapatt Nirundorn and Togan Tokac were up 5-4 on serve versus Chih Chi Huang and Eshan Talluri before the match was left unfinished.

This match will start UCF’s spring season and the Knights return four players from 2022, while debuting seven freshmen for their first dual match. The Knights traveled to Gainesville for the Gator Fall Invite in November. Florida went 1-1 in doubles and 2-0 in singles.

Both singles matches were won by the Gators in straight sets. Braswell beat Lucas Hotze, 6-3, 6-0 and Axel Nefve won 6-1, 6-1 over Emilio Sanchez.

KNIGHTS IN THE RANKINGS
Doubles
No. 28 Leyton Cronje/Bogdan Pavel