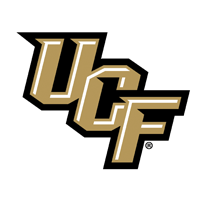 Despite losing the doubles point, the Gators played a tight match with the Longhorns all the way through. Down 3-0, Will Grant put Florida on the board with a straight-set victory over No. 30 Micah Braswell at No. 2.

Grant converted on two break points to take the first set 6-3 and came all the way back from 2-5 in the second set tiebreak winning five straight points to seal the match, 7-6 (5). The win over No. 30 Braswell is Grant’s second ranked-victory after beating No. 9 Tyler Stice of Auburn at the Commodore Invitational in the fall.

Jonah Braswell earned his first collegiate dual match and team-leading 16th win by retirement at No. 3, but opened the match on fire winning five straight games to go up 5-1 and won the first set 6-2. The Sarasota, Fla. native was down 5-2 in the second, but rallied to force a tiebreak before coming up short 7-4. Pierre-Yves Bailey retired down 3-1 to Braswell.

Axel Nefve at No. 1 and Tanapatt Nirundorn at No. 6 both grabbed the first set against No. 3 Eliot Spizzirri and Chih Chi Huang, respectively, but couldn’t come away with the victory in their three-set defeats.

With freshmen playing at No. 3, No. 5 and No. 6, the match marked the second time three freshmen have opened the season in the singles lineup under Bryan Shelton. During the 2018 season opener, Andy Andrade, Oliver Crawford and Duarte Vale all played as freshmen in the 6-1 win over UCF.

Florida will now look to bounce back with a trip…