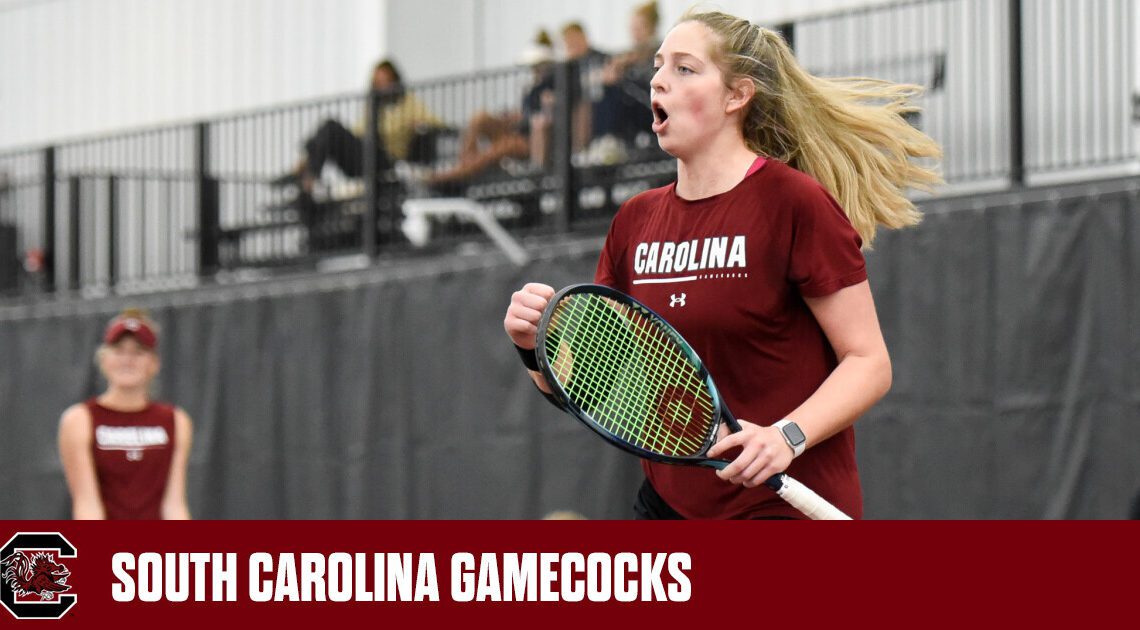 Sophomore Gracie Mulville picked up the first win of the day for the Gamecocks, earning her first career ranked singles win in straight sets over No. 104 Alejandra Cruz of Georgia Tech. Mulville only allowed her opponent one game win in the first set and three in the second for her victory.

No. 20 Ayana Akli also earned a ranked win on the day. Hers came over No. 111 Kylie Bilchev of Georgia Tech 6-3, 6-2. It was Akli’s second ranked win in as many matches, having taken down No. 59 Maria Sholokhova of Wisconsin yesterday.

Sophomore Misa Malkin was the third Gamecock to record a singles win. The Tucson, Arizona, native had a gritty performance, winning in two tiebreak sets. The first set tiebreak was close with Malkin taking the win 7-6 (5). She then went on the run away with the second set tiebreak, winning it 7-6 (1).

The Carolina Kickoff will conclude on Sunday with one round of singles and one round of doubles. South Carolina will begin with doubles at approximately 11:30 a.m., followed immediately by singles. All matches will take place at the Carolina Indoor Tennis Center in Columbia located at 523 Superior St. Those not in attendance can watch the action live through Track Tennis.

For all the latest South Carolina women’s tennis information, continue to follow GamecocksOnline.com or the team on social media (@GamecockWTennis).