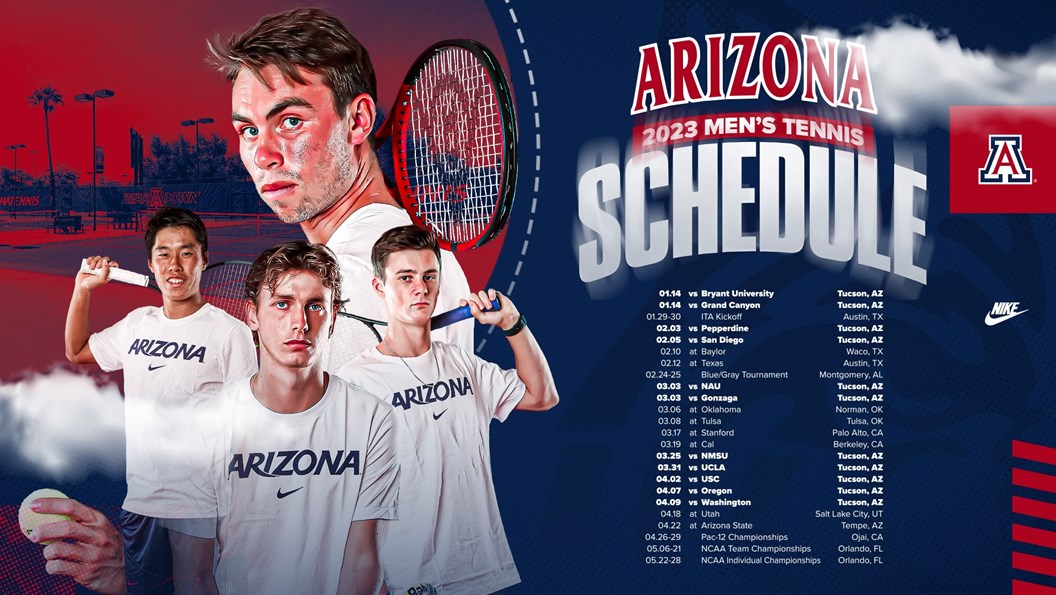 Under the leadership of head coach Clancy Shields, the Wildcats will compete in a total of 19 matches (not including the ITA Kickoff and Blue/Gray tournament). In notable non-conference play, Arizona faces off against Texas, Baylor and Oklahoma on the road. They will host four Pac-12 teams in the regular season: UCLA, USC, Oregon and Washington. See below for exact dates/times.

As the reigning champions of the 2022 Pac-12 regular season, the team aims to defend their title and claim a back-to-back regular season championship. Shields, with the help of his associate head coach Bryce Warren and volunteer assistant coach Mateus Ceolin, hopes to lead the team further in postseason play this year.

Last spring the Cats fell in the first round of the Pac-12 Championships Tournament against Washington and advanced to the second round of the NCAA Tournament before being knocked out by North Carolina.

With the additions of Iñaki Cabrera and Casper Christensen to the already stacked squad, the Wildcats are sure to impress this upcoming season and build on the history they’ve been making since Shields signed in 2016.

Away matches to highlight: