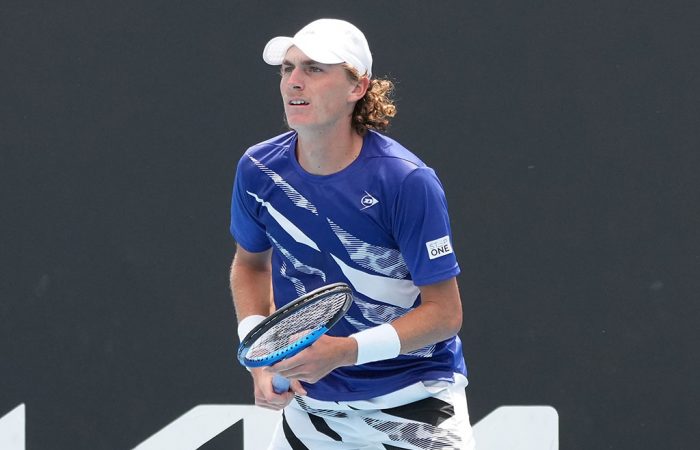 Max Purcell has enjoyed remarkable success in doubles so far in his career. The 24-year-old from Sydney is a two-time Australian Open finalist and won Wimbledon alongside fellow Aussie Matt Ebden last year.

He has also achieved a career-high doubles ranking of No.25 and represented Australia in the Davis Cup and at the Olympic Games.

Yet this success has meant Purcell has had to sacrifice the opportunity to improve his singles game and ranking in recent years.

But the world No.204, who received his first Newcombe Medal nomination for his doubles exploits in 2022, has vowed singles is now his priority.

“I’m trying to take a step away from doubles this year and trying to focus on my singles and see where the next three or four years can take me with that,” said Purcell, who ended the 2022 season as the youngest player inside the world’s top 50 in doubles.

“I feel like I’ve got a lot more to give in singles and I’m more than happy to go back to doubles later.”

This new direction has meant Purcell is not teaming up with Ebden this season. The duo were one of the world’s best teams in 2022, reaching two Grand Slam finals in tandem.

“If I was going to keep playing doubles, then sure I would have been playing with Matt,” Purcell explained.

“But I’m at that point where I can’t waste these years when I’m young and want to be playing singles. Matt is a more than capable player, I think he can do well with anyone.”

Purcell has started the 2023 season strongly on the singles court. He made an ATP Challenger quarterfinal in Thailand last week, then successfully qualified at the Australian Open without dropping a set.

He became only the second Australian man to successfully qualify in singles twice at the Australian Open in Melbourne Park’s 35-year history – and the first to achieve this feat in 30 years.

“My goal this year is to try and get into the top 100 at some point and start in main draw of Slams without having to qualify,” said Purcell, whose singles ranking peaked at world No.156 in June last year.