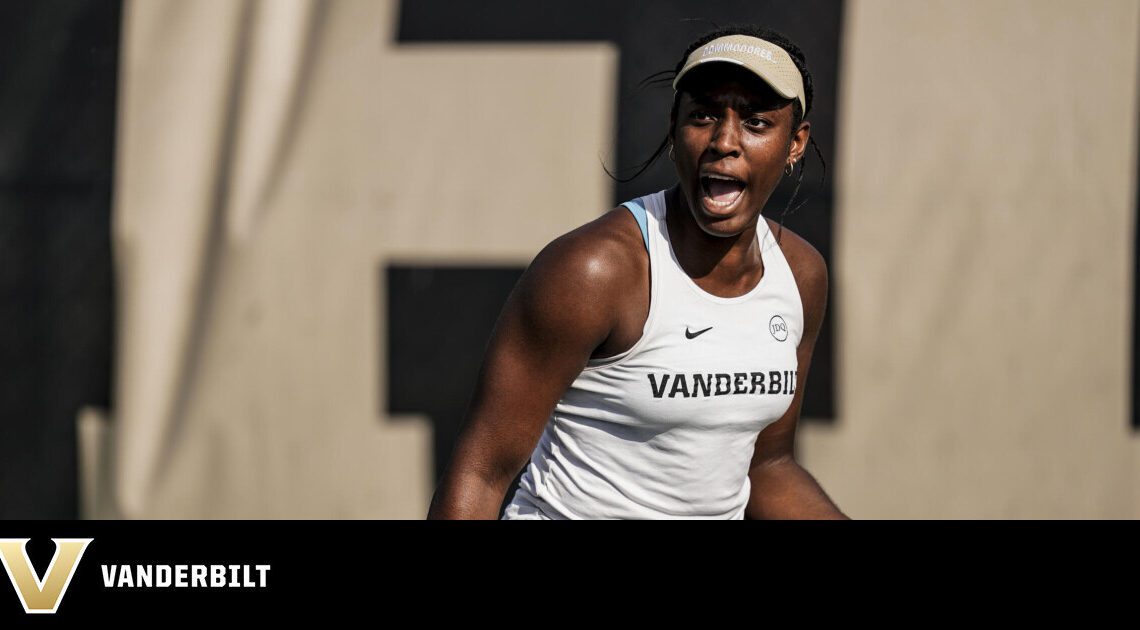 The Dores opened the day winning the doubles point, which saw the pairing of Celia-Belle Mohr and Anessa Lee keep their undefeated season alive with the win over Kiley Rabjohns and Maria Shusharina. The team then recorded four singles court wins as Mohr, Holly Staff, Bridget Stammel and Lee all added to the Vanderbilt team score.

“It was exciting to finally see the team in dual action today and begin our spring season together. It was the first dual action for CB and Bridge and I thought they handled the nerves of dual match very well,” Coach Aleke Tsoubanos said. “We began with some great doubles at 1 and 3 to grab that first point and Anessa and Holly pulling out highly contested first sets was huge for momentum. Northwestern fought hard in every position and I’m very proud of the way the Dores responded to get our first win of the season.”

Up Next
The Commodores will head to Raleigh, North Carolina, to take on Furman on Jan. 28 as part of the ITA Kickoff Weekend.