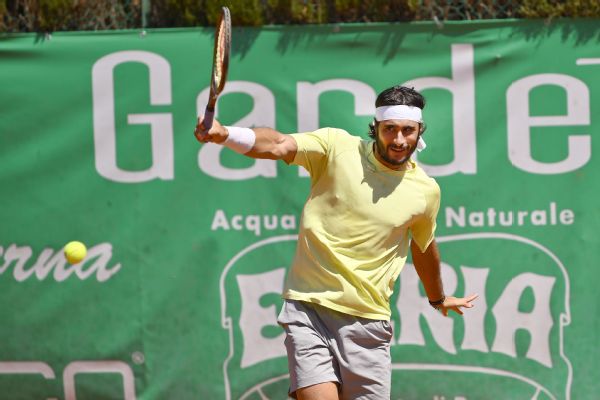 The San Marino player, who turns 51 in September, played a doubles match with 17-year-old Simone De Luigi against Iceland in Europe Group 4 play. They lost 6-2, 6-3 to Rafn Bonifacius and Daniel Siddall.

“It’s a great achievement for me,” Vicini said of the century mark. “It’s been a long journey, but from the beginning I have been able to travel to so many places and see so many things.”

Vicini won his doubles match on Wednesday against Albania.

Three years ago, Vicini set a Davis Cup record as the oldest player to win a singles match. That was at age 47 years, 318 days.

“I don’t know when I will stop,” he said Friday. “I will continue to play as long as I can. The motivation is my passion for the sport and to compete for my country.”

Vicini made his Davis Cup debut in Zambia in 1993, the first year San Marino entered the competition. He scored the first-ever point for San Marino, winning a singles match against Slovenia.

This is Vicini’s 24th Davis Cup tournament. He has been captain since 2008.

San Marino is one of the world’s oldest republics and has a population of some 33,000. It is landlocked and bordered by Italy.