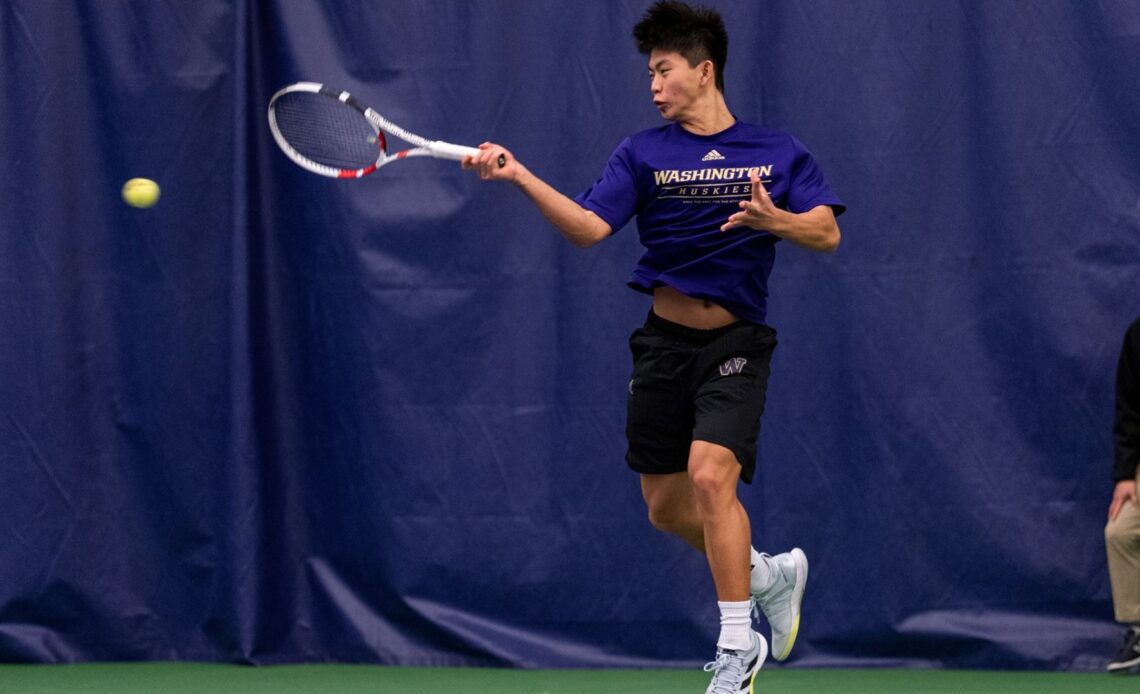 SEATTLE – A productive few days of practice helped the Husky men’s tennis team make progress from its season opening win on Tuesday, and the Dawgs wrapped up week one of the dual season with another win, 5-2 over the visiting University of Louisiana.

“I’m happy with the progress we made,” said first year Head Coach Rahim Esmail. “After last match there were a lot of things we needed to work on, and after this match there’s still a lot we need to work on, but what I’m happy about is we assessed things after last match, we got to work training in some specific areas, and I saw a much better product in the areas we worked on.

“So for me it’s not so much about the result, it’s that we took specific aspects of the game we needed to work on, we trained hard at it, and I saw a much better product in those areas. That shows they’re willing to learn and willing to get better at things. Happy that we’re continuing to enjoy the process of getting better each day.”


Washington earned the doubles point to start things off today, one thing it did not do in the opener. Han-Chih Lin and Jim Hendrikx rolled to a 6-0 win at No. 3 doubles, their second-straight win to open the season. Then Cesar Bouchelaghem and Dzianis Zharyn clinched the point, serving out a 6-4 win at No. 1 over Kajin/Sancez Gonzalez. The No. 2 match was then stopped with UW down 4-5.

In singles, the Huskies won the first four matches to finish, all in straight sets, to put things away with a 5-0 lead, before the Ragin’ Cajuns won the final two.

In the No. 1 singles match Han-Chih Lin had a huge deciding point break of serve leading 5-4 in the first set to win the set, 6-4, over Alejandro Sanchez Gonzalez. Lin then went on to put away the match in the second set, 6-2.

Louisiana earned a 6-4, 6-3 win at No. 4 singles over Rikuto Yamaguchi, and after Nedim Suko and his opponent at No. 5, Kacper Dworak, split the first two sets, Dworak earned the 10-point tiebreak in lieu of the full third set.

The Huskies will head on the road next week to take part in ITA Kickoff Weekend, traveling to Lexington, Ky. for a match first…