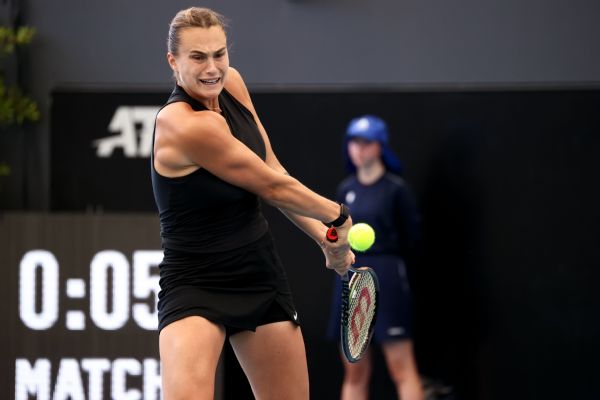 ADELAIDE, Australia — Second-seeded Aryna Sabalenka claimed her 11th WTA Tour singles title but her first in almost two years when she overcame qualifier Linda Noskova 6-2, 7-6 (4) in the women’s final at the Adelaide International on Sunday.

In doing so, Sabalenka ended an extraordinary run by the 18-year-old Noskova, who beat third-seeded Daria Kasatkina and former Australian Open champion Victoria Azarenka in the main draw on the way to her first final.

Sabalenka didn’t drop a set all week and seemed on track for another comfortable win when she took the first set Sunday. But Noskova was much more competitive in the second, holding serve and putting pressure on Sabalenka’s serve, especially with her powerful backhand returns.

“I want to congratulate [Noskova] on an amazing week,” Sabalenka said. “I think you’re going to have a great future and 100% appear in many more finals.”

Sabalenka’s last singles title came in Madrid in May 2021. She went without a title in 2022 despite reaching three finals.

She ended the year ranked fifth after qualifying for the season-ending WTA Finals in Fort Worth, Texas, where she lost in the final to Caroline Garcia.

Sabalenka now has won three tournaments in the first week of a season after Shenzhen in 2019 and Abu Dhabi in 2021.