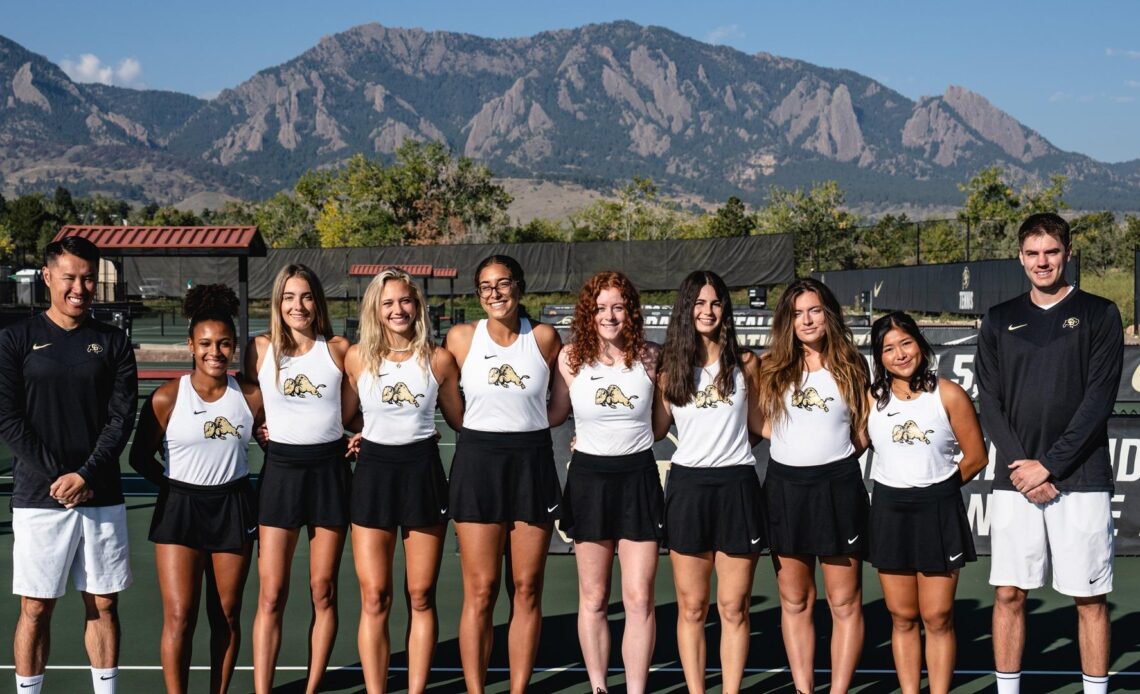 It marks the start of the second spring season for head coach Anthony Pham, and his roster features four returning players from his first season, two sophomores and two seniors, and four newcomers, two transfers and two freshmen.

The team spend last week training in California to take advantage of the warmer weather ahead of the start of classes on campus.  The team used the trip to train and prepare for the a solid spring season ahead.

“Our schedule is a good one this year, very competitive,” Pham said. “We have a lot of opportunities early on and through the Pac-12 slate.  The expectations are that we ended last year well and we want to keep that momentum going.”

The Buffs ended the 2022 spring season by knocking off two ranked Pac-12 teams in April and playing several others down to the wire as the season ended with six straight matches against ranked teams.  The Buffs swept No. 67 Denver and beat No. 49 Arizona down the stretch while taking No. 37 Oregon down to the wire in a 4-3 loss at the Pac-12 Tournament.

This fall, the Buffs continued that momentum with several solid individual performances, including newcomer Aya El Sayed securing the consolation title at the Battle in the Bay Classic while senior Antonia Balzert advanced to the quarterfinals of the ITA Mountain Regionals, where Mila Stanojevic and Elys Ventura also advanced to the semifinals in doubles action.

Pham is excited about this years team with the leadership of Balzert and fellow senior Ellen Puzak, and the continued improvement of sophomores Stanojevic and Betina Tokac, who both showed promise last season by defeating three Pac-12 opponents down the stretch.  The addition of El Sayed and Ventura as transfers and two young talents in Carri Hayes and Anya Nelson, and Pham believes his team has the right chemistry to make some noise.

“We have four returning players, as well as four newcomers,” Pham said. “I am really happy with how this team has been growing both on and off the court. I think there’s a lot of opportunities for us this year. If we can stay healthy, I think we have a good chance to do some good things this spring.”

But Pham said that…