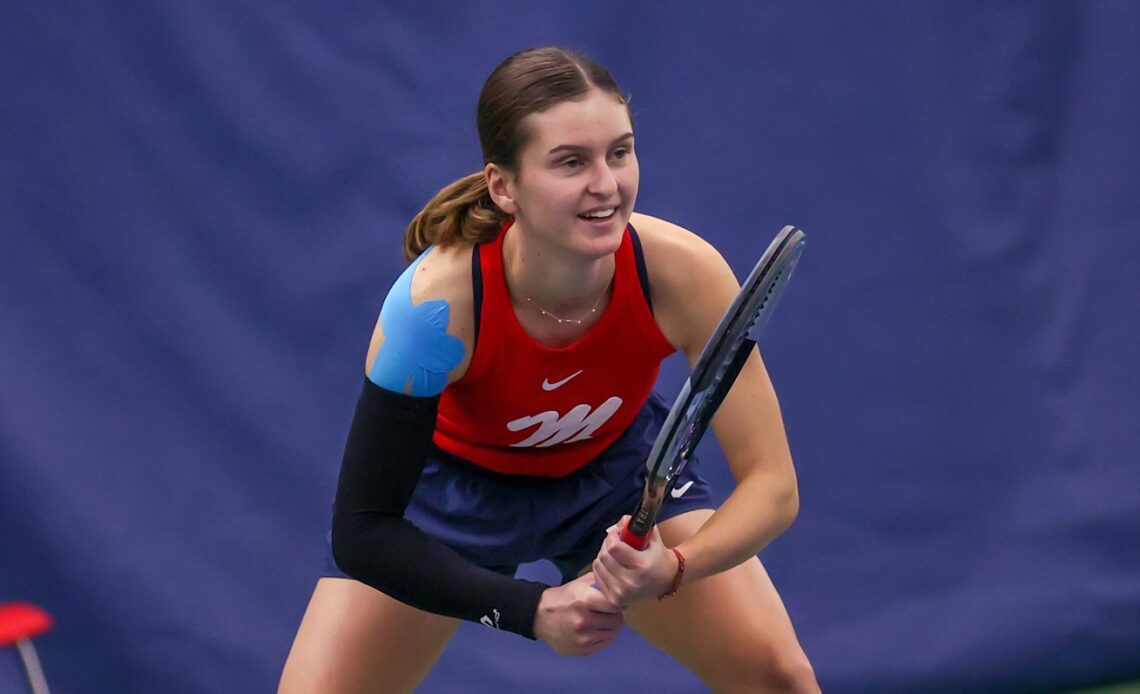 
ANNE ARBOR, MI – Ole Miss women’s tennis hits the road to begin their spring schedule. The Rebels are set to compete in the Michigan Spring Invitational in Anne Arbor for the weekend, starting on January 13 and ending on January 15.  The first two days will start at 10 a.m. CT and Sunday will start at 9 a.m. CT.

The Rebels are sending seven players to compete in both singles and doubles matches. Michigan, Ohio State and Tennessee will also be competing this weekend at the tournament.

The NCAA uses no-ad scoring in both doubles and singles action. This weekend’s tournament will feature doubles matches to six, with a tiebreaker occurring at 6-all. Singles matches will be best two-of-three, with players playing a full third set.