Wolverines Rally for Home Win Over No. 4 Oklahoma 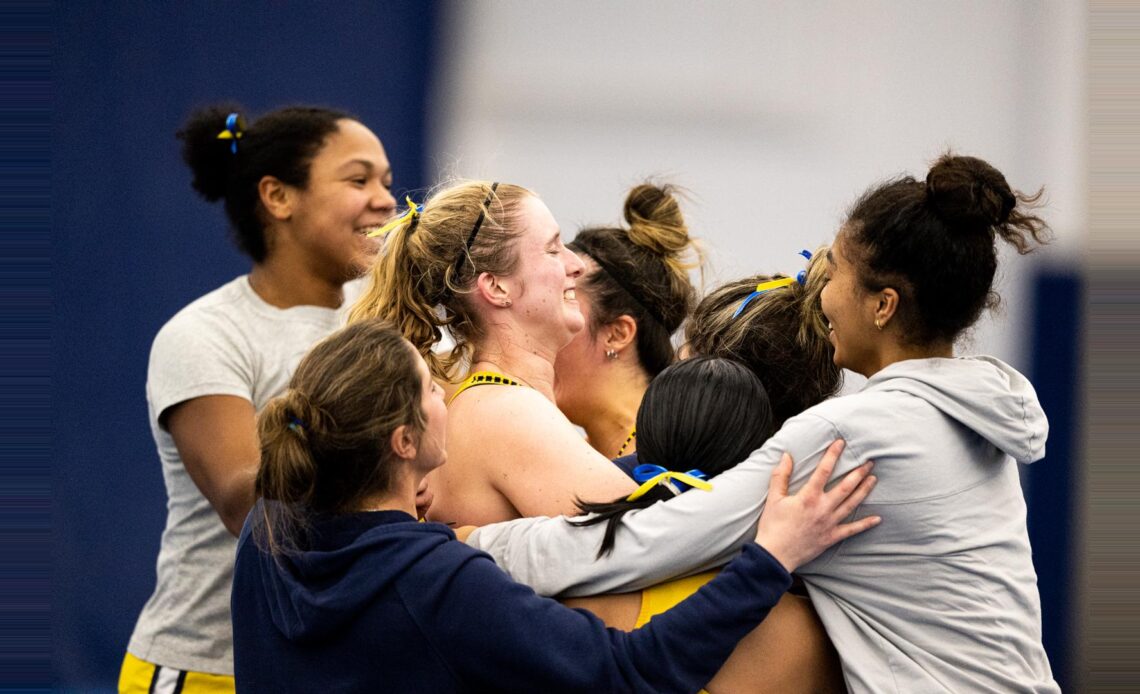 Wolverines Rally for Home Win Over No. 4 Oklahoma

ANN ARBOR, Mich. — The No. 20-ranked University of Michigan women’s tennis team rallied after dropping the doubles point, winning the first four singles matches off court to knock off No. 4-ranked Oklahoma, 5-2, Friday evening in front of 304 fans at the Varsity Tennis Center.

Michigan dropped a tightly contested doubles point that lasted more than an hour, with Oklahoma prevailing in a tiebreaker at No. 3, 7-3. OU got a win at No. 1 as the first match off court, with Julia Fliegner and Lily Jones winning the final two games for a 7-5 win at No. 2.

Switching to singles, all six first sets took at least an hour to finish as three were decided in tiebreakers. Michigan won four first sets, with Oklahoma winning two-of-three in tiebreakers.

Jaedan Brown leveled the team match at 1-1 with a 6-4, 6-1 win at the top spot. Brown found herself in a 4-2 hole in the first set after being broken on her serve. It was all Maize and Blue from there as the junior dropped just one game the rest of the way in the straight-set win in her second career appearance at the top of the lineup.

All attention turned to the even-numbered matches on the north side of the VTC, as Kari Miller, Gala Mesochoritou and Andrea Cerdan were each up at least one break in their second sets after winning their firsts.

Cerdan staked Michigan a lead it did not relinquish, winning 7-5, 6-4 at No. 6. She won the first three games of the first set and never trailed in the win. She again grabbed an early break in the second set but then found herself tied at 4-4. She broke Emma Staker at love in the next game, allowing her the opportunity to serve out the match. Cerdan cashed in on her first match point as Staker’s service return found the net, capping a run of eight straight points for the Wolverine to end the match.

Mesochoritou followed mere moments later with a 7-5, 6-3 victory at No. 4 to push Michigan’s lead to 3-1. Mesochoritou fell behind quickly in the first set, 3-0. She slowly chipped away at the lead, tying the set at 4-4. She took advantage of a late break to seal the first-set win. The second set was completely flipped as Mesochoritou stormed out of the gates for a 3-0 lead. She never let the…