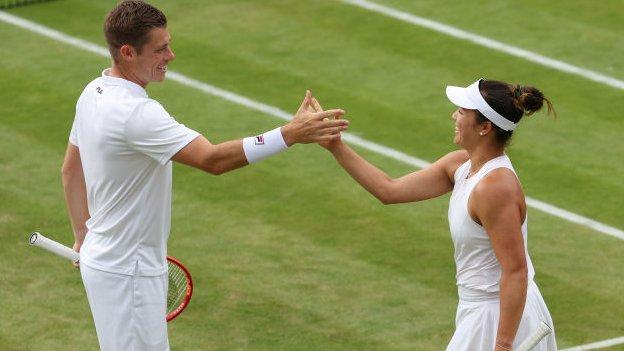 Briton Neal Skupski and American Desirae Krawczyk are through to the Wimbledon mixed doubles semi-finals after a 7-6 6-1 win over Jelena Ostapenko and Robert Farah on court 12.

After an even start, the defending champions edged out their seventh-seed opponents 8-6 in a first set tie-break.

But the pair wrapped up the second set inside 28 minutes.

They will face Croatia’s Mate Pavic and India’s Sania Mirza, seeded sixth, in the last four.

The Australian pair will now take on Jack Sock and Coco Gauff in the other mixed doubles semi-final.