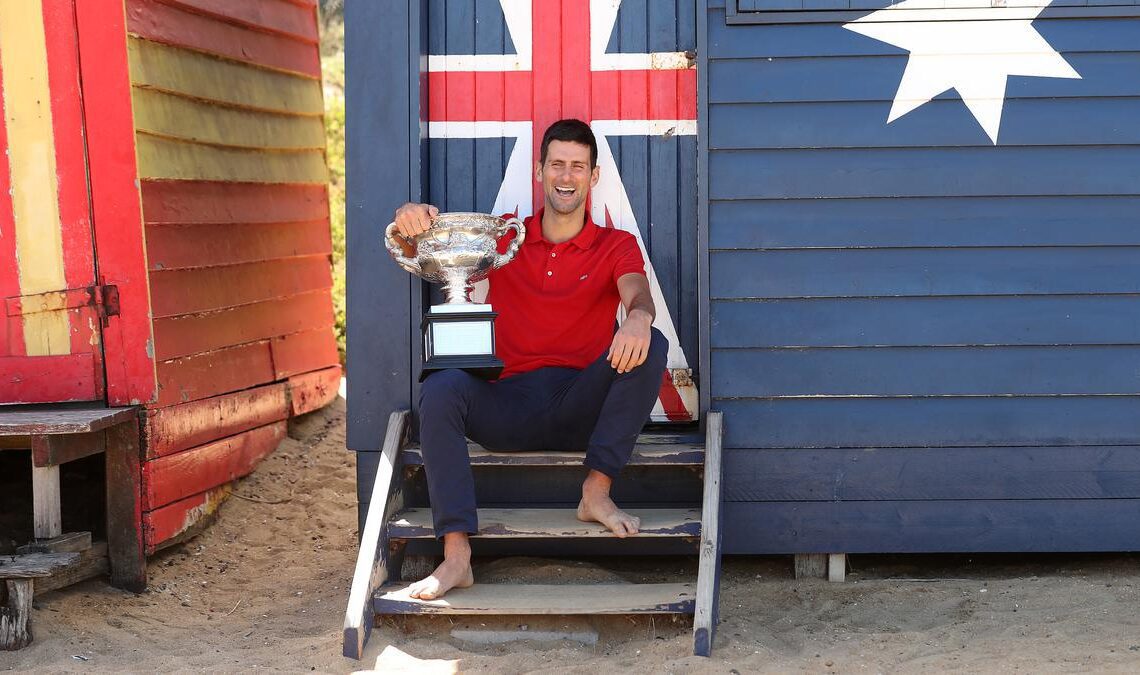 At their peak, great players exude a sense of inevitability, a sense that even the most determined foe will ultimately fall short. The greatest do something even more remarkable: they radiate that very feeling of the result being preordained even during off-peak hours.

Few things in tennis have seemed as inevitable as Novak Djokovic — among the greatest of all time — winning the first Major of the year in Melbourne. He has lifted the Norman Brookes Challenge Cup on nine of his previous 14 attempts, having first triumphed in 2008.

Indeed, Djokovic’s dominance in Australia isn’t limited to the Australian Open, where he has a win-rate of 91%. He hasn’t lost a singles match in the country since his defeat to Hyeon Chung in the fourth round of the 2018 Australian Open. Unbeaten in 34 matches since then, Djokovic will want to extend that streak to 41 over the next fortnight, culminating in the final on January 29.

Despite his stunning success, the Serb’s memories of his time Down Under will forever include an experience he has no desire to revisit or relive.

Djokovic missed last year’s Australian Open when he was deported because his unvaccinated status breached the country’s vaccination requirement for in-bound travellers. He was at the centre of a political storm after arriving with a medical exemption, with the decision to grant the nine-time champion entry outraging many in Australia as the nation battled a surge in infections. No ill feelings: Djokovic said he wanted to move on from last year’s deportation episode. His decision to return and compete in Australia, he said, showed he held no grudges.

Djokovic was also banned from Australia for three years after losing a high-stakes legal battle, which appeared the only obstacle standing between him and a 10th title. But that ban was waived in November and the 35-year-old received a warm welcome in Adelaide this month when he arrived for a warm-up event ahead of the hardcourt Major.

Djokovic certainly felt the love at the Adelaide International, which he won, and spoke about moving on from last year’s episode. “It’s one of those things that sticks with you, for, I guess, the rest of your life, but it is a valuable life experience,” he said. “I have to move on. What you focus on, you become. If I focus on the negatives, that’s what I’ll attract, so I don’t want to do that. I don’t hold a grudge. Coming back to Australia speaks to how I feel about this…