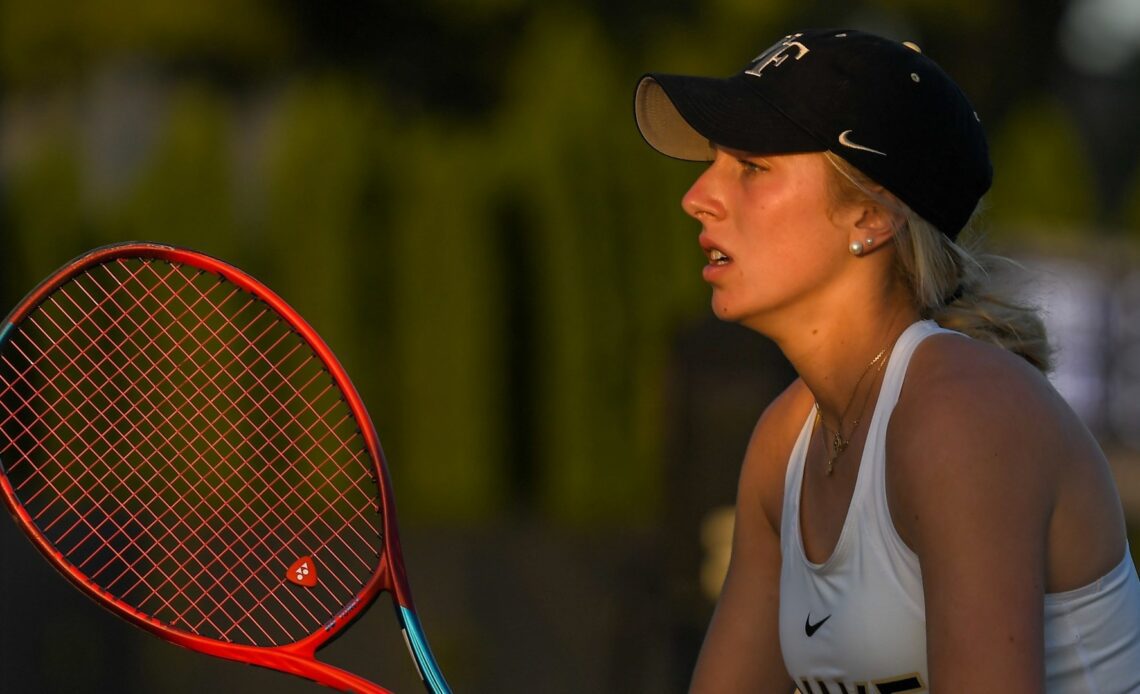 
WINSTON-SALEM, N.C. – Dual-match competition officially begins for Wake Forest women’s tennis this weekend, as the Demon Deacons bring in Charlotte and Richmond for a Sunday doubleheader (Jan. 22) in the team’s home opener.

Action will open against the 49ers at 9:30 a.m., while Richmond will arrive later in the afternoon to take on Wake Forest at 4:30 p.m.

Live stats and live streaming will be available.

The Deacs have protected their home center well over the last four seasons, having totaled a 32-9 record through that span.

Last weekend, Wake Forest women’s tennis kicked off its 2023 spring slate with an appearance in the annual Carolina Kickoff, hosted by the South Carolina Gamecocks (Jan. 13-15).

Six total Demon Deacons played in rounds of singles and doubles during each of the event’s three days. During Friday’s opener (Jan. 13), Maddie Lynch and Jingyi Li picked up a win in doubles over a South Carolina pairing of McKenna Schaefbauer/Alice Otis.

A ranked doubles win for Casie Wooten/Mia Ahmad opened Saturday afternoon (Jan. 14), the first-ever such feat for the two juniors playing together. The duo capitalized off a 4-1 start to ultimately defeat No. 53 Carol Lee/Kate Sharabura (Georgia Tech) in a 6-3 decision. That same day, Ahmad and Nevena Carton each forced three-set outings during singles versus Wisconsin.

The Charlotte 49ers are off to a 2-1 overall start, having collected sweeps over Charleston Southern and Iowa. A ranked doubles pair of No. 21 Margaux Maquet/Lucia Quiterio paces the team. The two also have won both of their solo matches to open the 2023 campaign. Back in the fall, Kaavya Sawhney led the way…