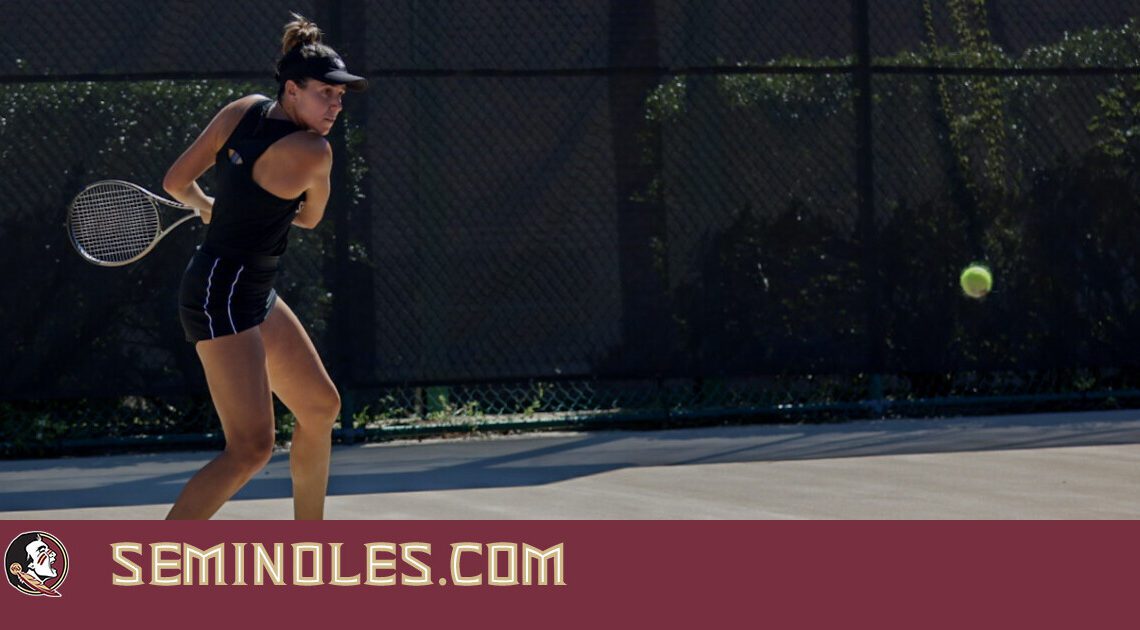 JACKSONVILLE, Fla. – The Florida State Women’s Tennis team, which has earned success in each of its first four events of the season, closes out its fall schedule with two days of action packed tennis at the UNF Invitational Nov. 12-13.  A total of 58 players – including nine Seminoles – will play both singles and doubles in the event, which has taken on a new format because of the weather surrounding Hurricane Nicole.  Nicole became a weather event this week as it hit the east coast of Florida, moved its way through the center of the state, and snaked its way north to the panhandle and First Coast areas of the nation’s third most populated state.

The Seminoles have won a total of 63 matches in the first four events of the fall with a season-high 21 victories coming at the San Juan Invitational.  Florida State’s players won 19 matches at the ITA Fall Championships and 16 at the Four in the Fall tournament at the University of Alabama.

Nearly 100 matches (singles and doubles) will be played over the two-day tournament.  Matches will begin at 9:00 a.m. on both days

Three Seminoles competed in last week’s Stetson Invitational.  Cricchio led the Seminoles with a 4-2 record in the three-day event at Stetson.  Allen and Motosono finished play at Stetson with identical 3-1 marks.

Following its participation in the UNF Invitational and its semester break, the Seminoles begin their spring season at the 14th Annual ITA Kickoff Weekend at Stanford (Jan. 27-30).  The weekend tournament takes place at various facilities across the country.  The regional winners advance to the 2023 ITA Indoor National Championships, in Seattle, Wash.