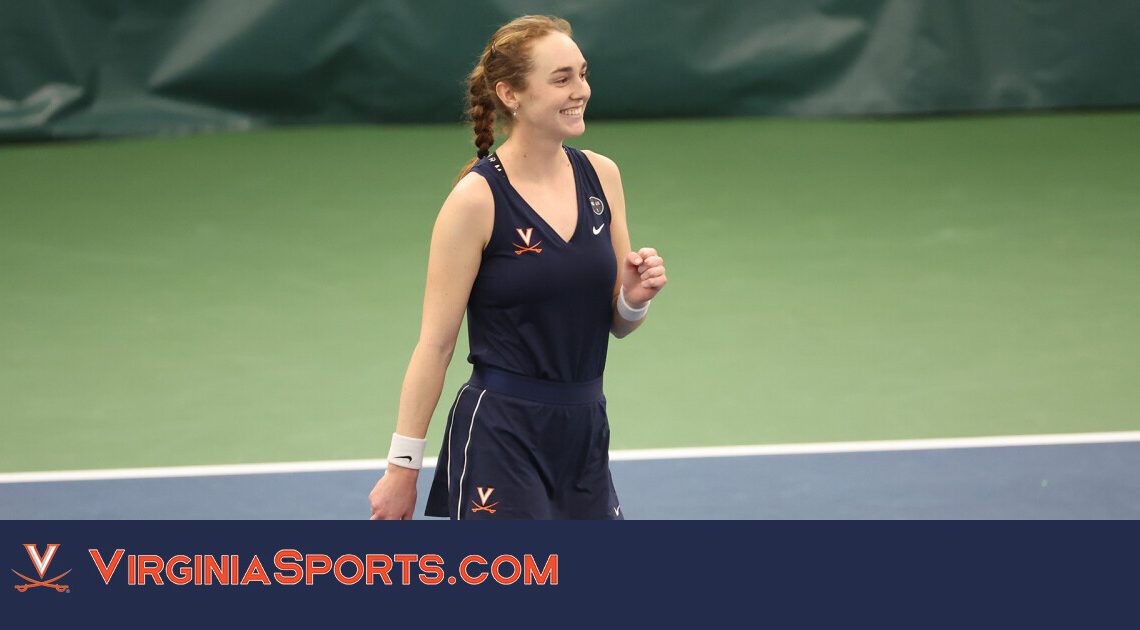 Julia Adams picked up two wins on the top singles court. Natasha Subhash had a dominant 6-0, 6-0 victory in her match at No. 2 singles against James Madison’s Daria Afanasyeva.

In the season-opener against Richmond, UVA won 6-1 on doubles courts one and three to secure the point. Meggie Navarro and Nicole Kiefer were both in the singles lineup, picking up victories on courts five and six.

In the second match of the day, the Cavaliers won all three doubles courts to start the match and had five straight-set victories in singles.

“Richmond and JMU competed and played really well today. It was a great test for us and excellent preparation for kickoff weekend. It was the first UVA dual matches for Julia, Annabelle, Meggie and Mélodie and I’m really proud of the way they handled the moment. We learned a lot today and I’m excited to get back to work and prepare for next weekend!”