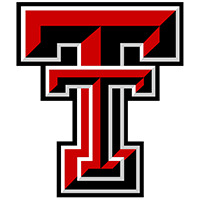 SALT LAKE CITY – The Utah men’s tennis program sprang back into action this afternoon with a season-opening double-header against the UC Davis Aggies and the Weber State Wildcats. The squad defeated UC Davis 6-1 and swept Weber State 7-0 for a 2-0 record to start off the spring season.

The day began with doubles play, where the Utes took the point early on. On court two, Geronimo Espin Busleiman and Franco Capalbo defeated the Aggie duo consisting of Ryan Torees and Lucas Bollonger in a 6-3 match. Soon after, teammates Patrik Trhac and Berk Bugarikj took the upper hand on court one in a 6-4 match that warded the squad the first match point. On court three the match remained unfinished, with UC Davis leading 5-4.

The second point of the match came on court six, where Bruno Caula downed Aggie, Coleton Hootman 6-0, 6-2 in a near-sweep. Soon after, Bugarikj took the win on court three 6-2, 6-2 and a 3-0 score for the team. Trhac gave a stellar performance on court four, taking the upper hand against Lucas Bollinger 6-4, 6-4 and awarding Utah with the clinching point.

The Utes now faced tiebreaker sets in the remaining three matches. On court two, Francisco Bastias fought it out with UC Davis’s Brett Brinkman, but ultimately fell in a 6-3, 0-6, 10-6 match. On court one, Espin Busleiman faced yet another tough match but pulled through with the victory for final score 5-7, 6-3, 10-1. Finally, Mateo Julio took the last match point when he defeated Sam De Vries 7-6(9-7), 5-7, 10-8 on court five.