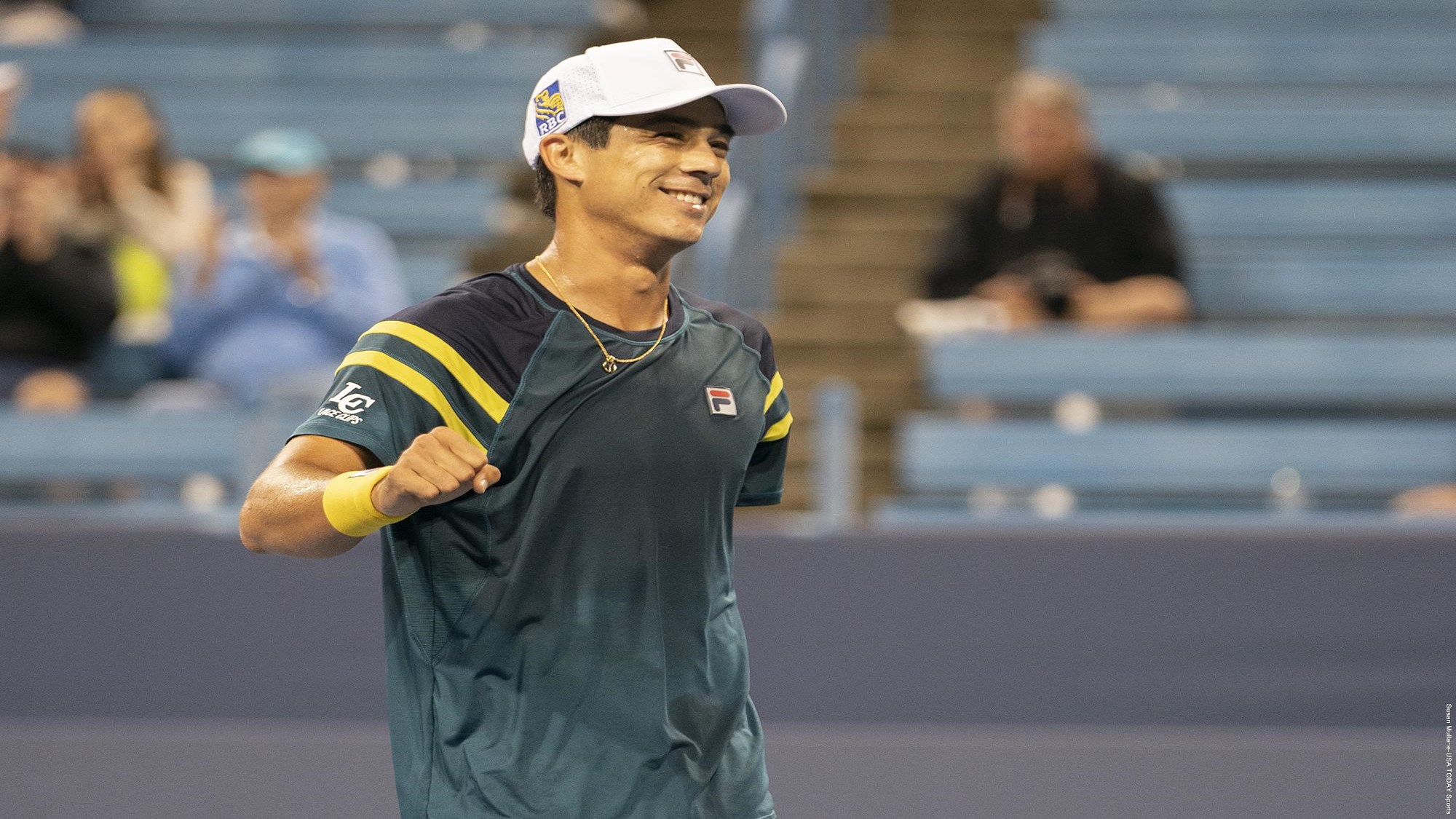 
Mackenzie “Mackie” McDonald, who captured the 2016 NCAA singles and doubles championships as a member of the UCLA men’s tennis program, defeated top seed and defending champion Rafael Nadal in straight sets Wednesday at the Australian Open.

The win represents the biggest in terms of opponent ranking for McDonald, who advances to face 31st-seeded Yoshihito Nishioka of Japan or qualifier Dalibor Svrcina of the Czech Republic in the third round. McDonald has now reached the singles third round or better of four Grand Slam events. He beat fellow American Brandon Nakashima in a first-round contest that went the distance.

McDonald set the tone early Wednesday, earning a break of serve for the first game and racing out to a 4-1 advantage. He ultimately claimed a deuce point – and the set – at 5-4.

McDonald picked up a crucial break at 3-3 in the second set and rode that to another 6-4 showing. Nadal received treatment for an injury at 3-5 before returning to the court in search of a response.

The third set’s initial break did not come until the 11th game, when McDonald quickly found himself one game away from completing the upset. A subsequent hold completed the 6-4, 6-4, 7-5 victory.

McDonald entered the tournament holding an ATP singles ranking of No. 65. He reached a career-best No. 48 in 2022.