Swiatek: I Felt the Pressure 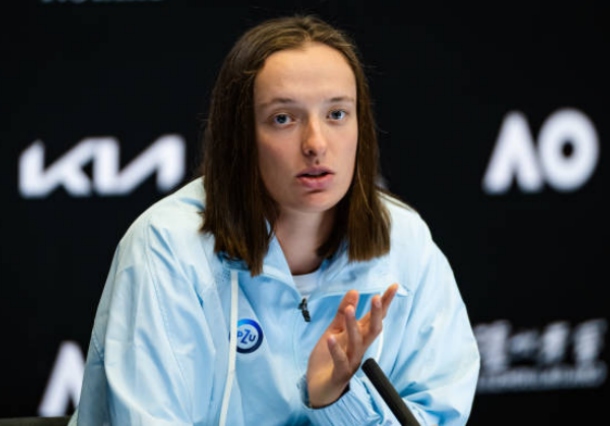 The retractable roof over Rod Laver Arena was open as Iga Swiatek felt the walls closing in on her.

Afterward, Swiatek said she felt the burden of expectation that comes with the title of world No. 1.

“Well, I felt the pressure, and I felt that I don’t want to lose instead of I want to win,” Swiatek told the media in Melbourne. “So that’s, I think, a base of what I should focus on in next couple of weeks.”

Coming off a dominant 2022 season in which she captured two of the four major championships and won 47 hard-court matches, Swiatek said she felt the pressure to excel ahead of this Australian Open.

Signs of anxiety appeared when world No. 3 Jessica Pegula pounded out a 6-2, 6-2 win over Swiatek in United Cup earlier this month leaving the US Open champion in tears. Swiatek said she felt a bit emotionally depleted when it came time to fight back from a set down today.

“Well, for sure past two weeks have been pretty hard for me. So I felt today that I don’t have that much to, like, to take from myself to fight even more.

“I felt like I took a step back in terms of how I approach these tournaments, and I maybe wanted it a little bit too hard. So I’m going to try to chill out a little bit more.”

The three-time Grand Slam champion believes this early exit will motivate her more. Swiatek bounced back from a Wimbledon third-round loss to Alize Cornet to claim her maiden US Open crown last September.

“I think I’ll be able to move past it and also learn from it,” Swiatek said. “If my whole experience at the tournament was tougher and then it comes to an end, I’m able actually to kind of not focus about the fact that I lost the match, but about the overall, you know, performance and what’s going on with me.

“So I think this time, yeah, I think it’s going to be motivating for me, and I’m pretty sure that I’m going to play next tournaments with something to focus on, something to work on, and I think I’m going to go forward.”