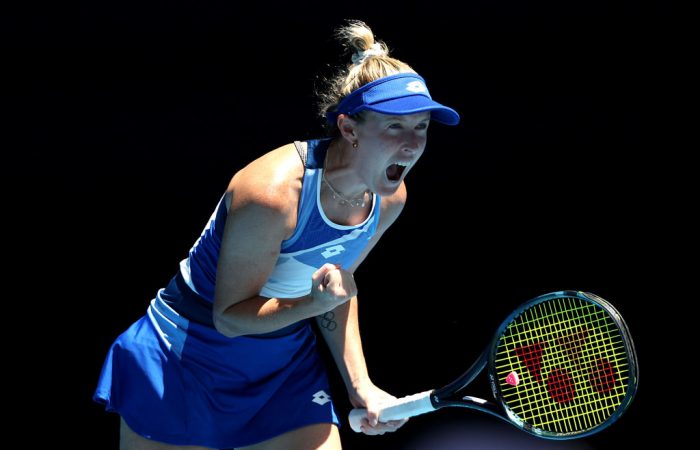 Australia’s top-ranked doubles player, Storm Hunter, is through to the women’s doubles quarterfinals at Australian Open 2023.

Storm Hunter has advanced to the women’s doubles quarterfinals at Australian Open 2023.

“It’s been a lot of fun to come out and play on Rod Laver Arena,” said Hunter, thanking the Aussie crowd for their support.

The fourth-seed combination, who are teaming up for the first time this fortnight, sealed victory in an efficient 63 minutes.

“It clicks you know,” Mertens said of their new partnership. “We have a lot of fun together and we stay positive.”

This matches Hunter’s career-best women’s doubles result at her home Grand Slam. The world No.12, who lives in Melbourne, also made the quarterfinals at last year’s Australian Open.

To progress further, Hunter and world No.5 Mertens will need to beat Ukrainian Marta Kostyuk and Romanian Elena-Gabriela Ruse in the quarterfinals.

Hunter’s progression means nine Aussie players in total, across the men’s, women’s and mixed competitions, have advanced to doubles quarterfinals at this year’s Australian Open.