Spartans Notch Pair of Ranked Wins in Narrow Loss at No. 24 Auburn 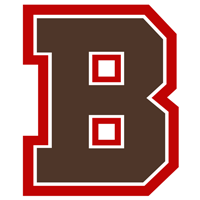 AUBURN, Ala. – Michigan State men’s tennis fell to No. 24 Auburn, 4-3, Sunday afternoon at the Yarbrough Tennis Center in Auburn, Ala. Despite the loss, the Spartans recorded impressive victories at the top singles and doubles positions.

Freshman Ozan Baris and sophomore Max Sheldon notched their second-straight win at No. 1 doubles with a dominant 6-1 victory over Auburn’s Finn Murgett and Raul Dobai. Murgett, a 2022 All-American in doubles, advanced to the NCAA quarterfinals in 2022 with then-senior Tad Maclean. The win moved the pair to 2-0 this season, following a top-30 win at Middle Tennessee on Jan. 13. The Tigers earned the doubles point with wins at the remaining positions – Jan Galka and Billy Blaydes defeated Reed Crocker and David Saye at No. 2 (6-3) and Tyler Stice and Alejandro Moreno topped Graydon Lair and Kazuki Matsuno at No. 3 (6-0).

The Spartans tallied three wins in singles, each player recording their first singles win of the season. MSU claimed victories over both of Auburn’s nationally-ranked players.

Baris, currently ranked at No. 26, picked up his first ranked singles win of the spring season with a 6-4, 6-1 win over No. 66 Tyler Stice at the No. 1 position. Sheldon, playing at the No. 2 position, knocked off No. 110 Will Nolan in a hard-fought three-set match. Trailing 3-6 after the first set, Sheldon tied up the…