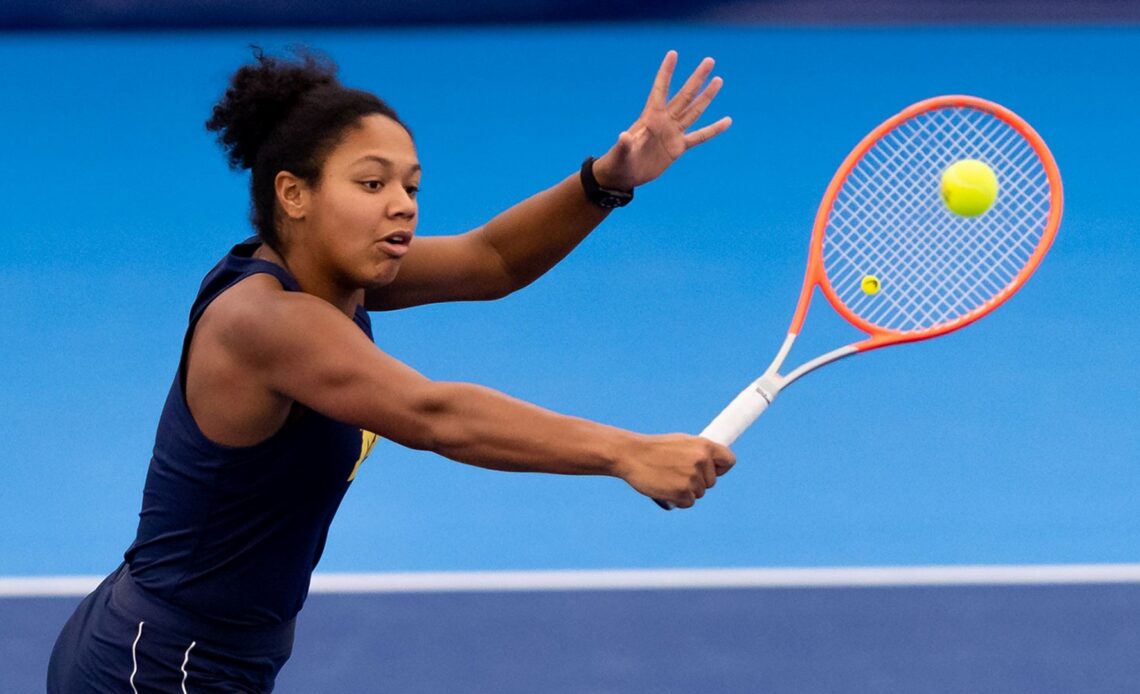 ANN ARBOR, Mich. — The No. 20-ranked University of Michigan women’s tennis team continued play at the Michigan Invitational on Saturday afternoon (Jan. 14), getting five singles wins against No. 24 Tennessee at the Varsity Tennis Center.

Gala Mesochoritou picked up her second ranked win in as many days with a 6-1, 6-4 victory over No. 68-ranked Elza Tomase. Lily Jones joined her with a ranked win over No. 55 Daria Kuczer, grabbing a 6-4, 6-0 victory. Jaedan Brown rounded out the Wolverine contingent with a win over a ranked player, rallying from a second-set deficit to win 6-2, 7-5 in straight sets over No. 76 Rebeka Mertena.

In her first action of the weekend, Nicole Hammond recorded a 7-6(5), 4-6, 6-4 win over Eleanora Molinaro and Andrea Cerdan ran her singles record on the weekend to 2-0 behind a straight-set win over Cat Aulia.

U-M wraps up the Michigan Invitational Sunday (Jan. 15), facing off against Tennessee in doubles at noon with singles against Ohio State to follow.