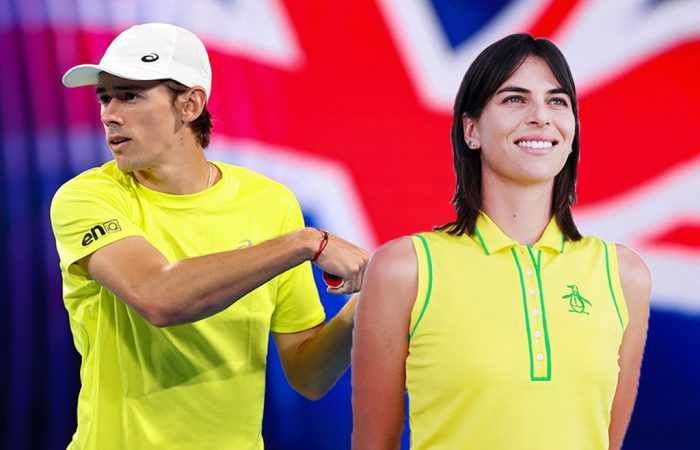 Local contenders have been handed some difficult first-round draws at Australian Open 2023.

The Australian Open 2023 men’s and women’s singles draws are set.

Nick Kyrgios is the top-ranked Australian in the men’s singles draw. The 27-year-old faces world No.98 Roman Safiullin, a 25-year-old making his fourth Grand Slam main-draw appearance, in the opening round.

Alex de Minaur, the No.22 seed, will begin his campaign against a qualifier or lucky loser.

Thanasi Kokkinakis has been pitted against former world No.9 Fabio Fognini, who has made the Australian Open fourth round on four occasions.

Max Purcell, who secured his place in the main draw through the qualifying competition, will learn who his first-round opponent is at the completion of all final-round qualifying matches.

In the women’s singles competition, world No.35 Ajla Tomljanovic is leading the Aussie charge.

The 29-year-old, who advanced to the quarterfinals at Wimbledon and the US Open in a career-best 2022 season, begins her ninth Australian Open campaign against Argentina’s Nadia Podoroska.

Podoroska, a Roland Garros 2020 semifinalist, is returning from injury and has used a protected ranking of world No.39 to enter the draw.

Kimberly Birrell, a 24-year-old wildcard, has been pitted against Estonian veteran Kaia Kanepi, the No.31 seed and an Australian Open quarterfinalist last year.