Schoolkate ousted in final round of Australian Open 2023 qualifying | 12 January, 2023 | All News | News and Features | News and Events 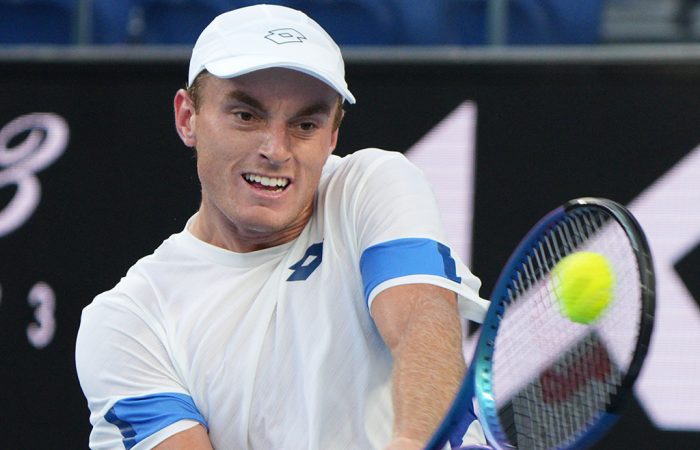 Struff, a former world No.29, was competing in his 11th consecutive Australian Open and 40th career Grand Slam tournament in total.

The 32-year-old’s experience proved telling in the early stages of the match, helping him quickly gain control. Struff conceded only a single point on his service games in a dominant opening set, while 14 unforced errors also proved costly for Schoolkate.

The Aussie wildcard, currently ranked No.365 and competing in his fourth Grand Slam qualifying draw, settled and put up a gallant fight in the second set.

But world No.167 Struff lifted in the 10th game, breaking Schoolkate’s serve to love to seal victory after 68 minutes on court.

Aleksandar Vukic also secured his place in the main draw after beating world No.109 Michael Mmoh in two tight sets.

It is the first time since 2017 that multiple Australian men have qualified at the tournament – and only the second time this has happened in the past 20 years.

Purcell and Vukic’s success boosts the number of local contenders in the Australian Open 2023 men’s singles main draw to 11.