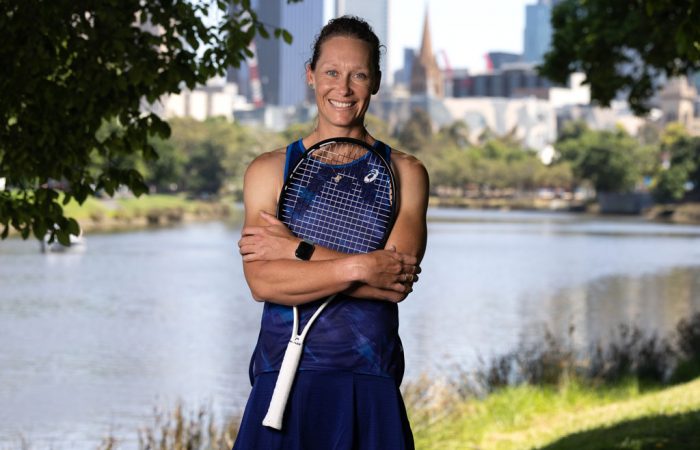 While Sam Stosur is set to make her last appearance at AO 2023, the popular Australian also looks forward to maintaining her long connection to tennis.

Much has changed since a 17-year-old Sam Stosur launched her first Australian Open campaign exactly 21 years ago.

The courts were green, the tournament’s footprint hadn’t yet expanded to such generous proportions and the then-world No.258 was yet to fully appreciate some of the key lessons that would eventually shape her Grand Slam-winning tennis career.

“I played Greta Ahn in the first round, and I was so excited about playing Martina Hingis in the second round [but] I didn’t even win my first round,” Stosur recalled with a laugh. “So that was a good learning curve – when you’re young, kind of junior starting out, not to get ahead of yourself.”

Yet for all that has changed in the more than two decades following that Grand Slam debut, much has remained the same for the Queensland-born Stosur, who first took up tennis after she was gifted a racquet as an eight-year-old.

Asked to reflect on the best piece of advice she’d received in her many years of tennis, Stosur considered the technical elements – learning how to best combine her devasting serve and forehand, for example – and mind shifts, before pointing to the values that she learned as a junior.

“When I was young [my coach] Nick. I think he’s the one that really taught me to always try your best. You know, you shake hands at the end of the day, you respect your opponent, yourself, what’s going on,” Stosur said.

“And it’s not like we ever sat down, and he said, ‘you know, this is how you got to be’ or anything like that [but] I’ve always then grown up through my whole career to try and have that way of being.”

It’s an approach that’s worked superbly throughout an enduring and glittering career, which peaked with the world No.1 doubles ranking in 2006 and No.4 in singles in 2011.

“I’m so excited to be back here playing my 21st Australian Open. However, it is with mixed feelings that I share this will be my last tournament.”

Thanks for saving the last dance for us, Sam 💙 pic.twitter.com/jKNBPV87Ua

Set to play her last tournament at AO 2023 (in doubles with Alize Cornet, and mixed doubles with Matt Ebden), Stosur will end her professional career as the…