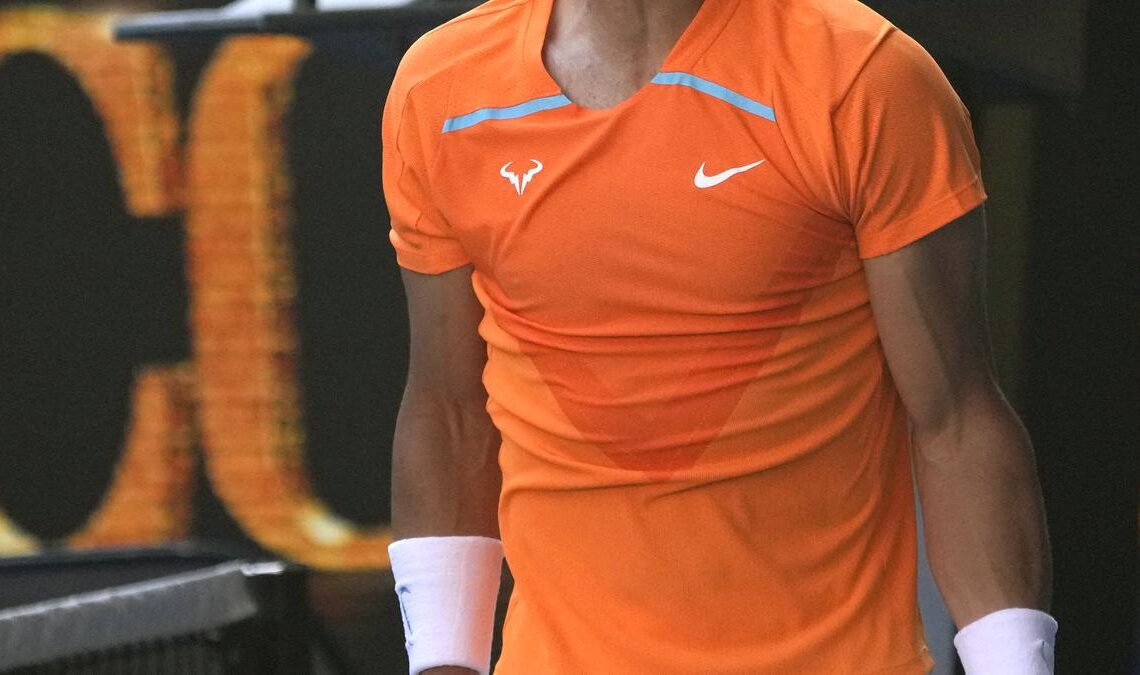 Rafael Nadal launched his Australian Open title defence with a four-set victory over Britain’s Jack Draper on Monday as home hope Nick Kyrgios quit through injury without hitting a ball.

In the women’s draw, top seed Iga Swiatek survived a tough examination while Jessica Pegula and teenage prodigy Coco Gauff were both emphatic winners on the first day of action.

Spanish great Nadal, 36, had been in poor form by his sky-high standards, losing six of his last seven matches stretching back to defeat in the last 16 at the US Open.

In fast-rising Draper, 21, the 22-time Grand Slam champion faced a stern test to start his campaign at a sweltering Melbourne Park.

The top seed recovered from a second-set wobble — and a bizarre incident when a ball boy accidentally took his racquet — to defeat the 38th-ranked Briton 7-5, 2-6, 6-4, 6-1 at Rod Laver Arena.

Nadal, who recently became a father, faces American Mackenzie McDonald in round two.

“Very exciting, new beginning, just super-happy to be back at Rod Laver with a victory I needed,” he said after grinding down Draper.

“Last couple of months have not been easy for me.”

Nadal was on court when Australia’s talented but temperamental Kyrgios called a hastily arranged press conference and announced that he was out of the tournament with a knee injury.

“I’m devastated, obviously,” said the Wimbledon finalist, who was considered an outside bet to win a maiden Grand Slam crown.

“I’ve had some great tournaments here, winning the doubles last year and playing the tennis of my life probably going into this event.

“I’m just exhausted from everything, and (it’s) obviously pretty brutal.”

The first Grand Slam of the year had already lost several stars in the build-up.

Injured men’s world number one Carlos Alcaraz and two-time Melbourne champion Naomi Osaka — who is expecting her first child — are among the other players missing.

Nine-time Australian Open champion Novak Djokovic, who was detained and deported ahead of last year’s tournament after refusing to get vaccinated for Covid, begins his title assault on Tuesday.

Russia’s Daniil Medvedev, losing finalist in 2021 and 2022, fired up his bid to go one better with a straight-sets demolition of Marcos Giron. But 21st seed Borna Coric fell to Czech player Jiri Lehecka in straight sets.

In the women’s draw, hot favourite…