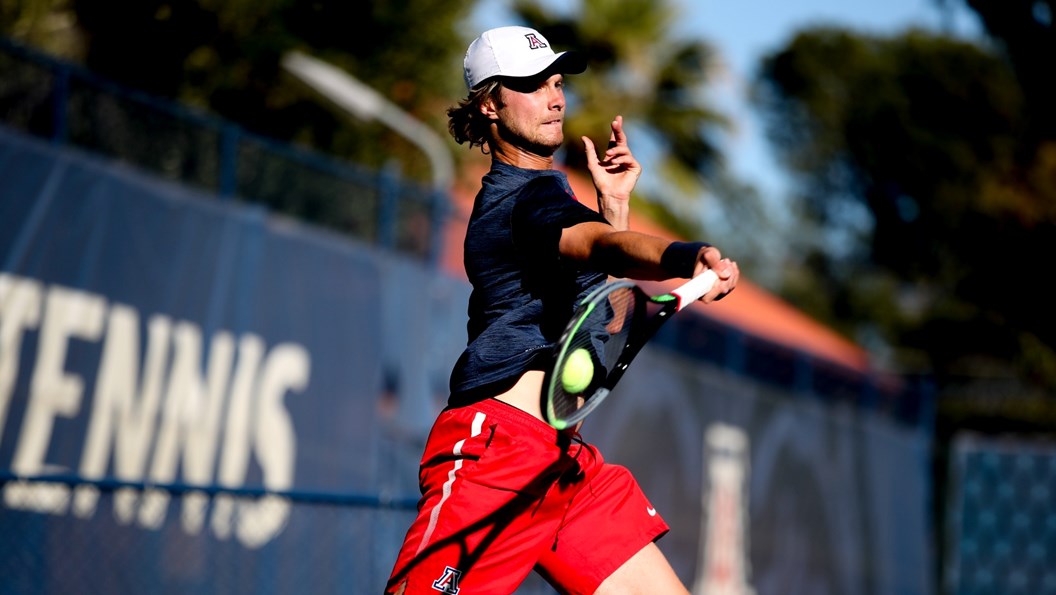 
San Francisco – Jonas Ziverts has been named Pac-12 Player of the Week for the third time in his career. The fifth year captain earned the honor twice last spring season in February and April.

Ziverts defeated Leonardo Mileikowsky in straight sets 6-0, 6-1 at the No. 1 spot and won his doubles match alongside Herman Hoeyeraal 6-3 also at the No. 1 spot in the team’s first home match against Bryant University on Saturday, Jan. 14.

Arizona Men’s Tennis is ranked No. 15 in the first of five ITA Coaches Polls and the team has six ranked players in the ITA Top 125 singles – where Ziverts sits at the No. 19 spot.

The Wildcats are gearing up for the ITA Kickoff in Austin, Texas next week where they’ll face off against Florida Atlantic University in round one on Saturday, Jan. 28 at 10 a.m. MST. They will compete against California or No. 8 Texas in the following round.