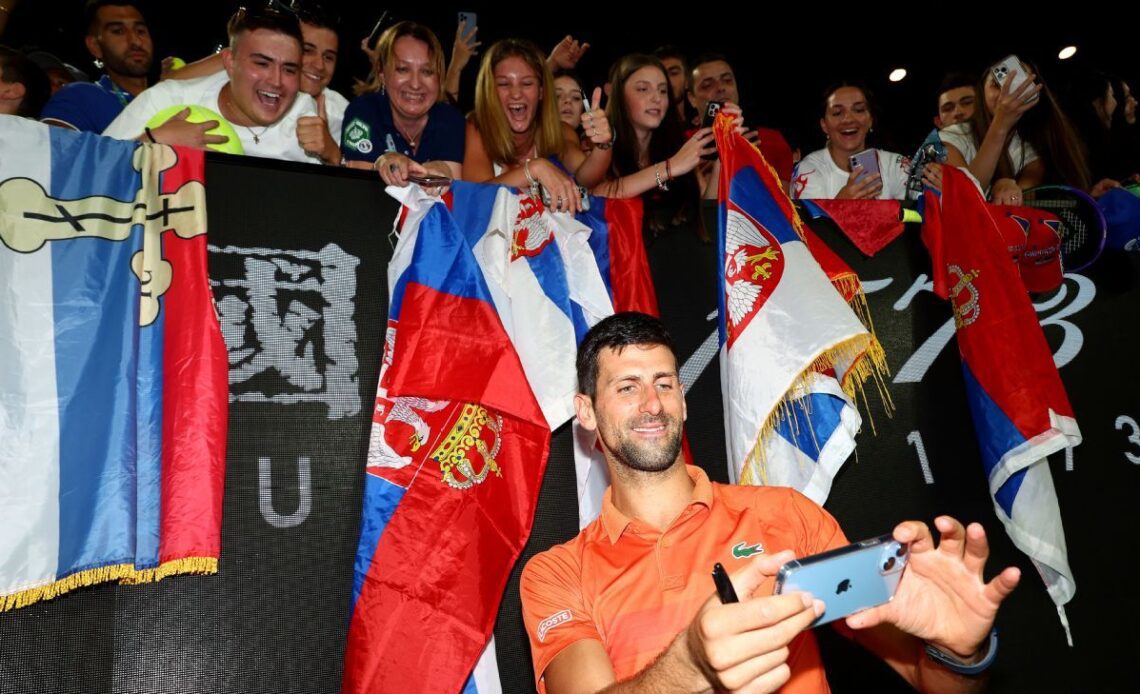 MELBOURNE, Australia — Flanked by security personnel and members of his traveling entourage, Novak Djokovic strode briskly through a near-empty Tullamarine Airport, his eyes fixed on the white tiles shining underneath his feet. A KN95 mask concealed a large portion of his face, but there was still no hiding the utter dejection.

The 2022 Australian Open was just hours from kicking off, yet the reigning men’s champion, and then-world No. 1, was preparing to depart Melbourne on an Emirates flight bound for Dubai, before jetting back home to Serbia.

Djokovic had just been embroiled in an 11-day legal battle in which he attempted to have his Australian visa reinstated following its cancellation. The unvaccinated tennis star ultimately failed in his bid, and Djokovic was deported and effectively handed a three-year ban from the country, with Australian immigration law preventing him from reapplying for a visa until at least 2025.

For one of the few occasions in his professional career, Djokovic left Melbourne a defeated man. He hadn’t played a single minute on court, yet he appeared more drained than in the immediate aftermath of any of his nine Australian Open titles.

“It’s one of those things that stays with you for, I guess, the rest of your life. You can’t forget those events,” Djokovic explained. “It was not easy for me, for my family, team, or anybody who is close to me.”

Later, he told 9News Melbourne: “It was so big in the media that I just could not fight it. I was drawn into a storm in media worldwide that was related to anything to do with COVID and the vaccine. Everything got out of hand and then I was labelled as this or that. I became the villain of the world, which is obviously a terrible place to be in as an athlete. I stayed for several weeks at home, didn’t really go around too much. I just hoped the situation would calm down.”

Djokovic’s ignominious exit was met with support among the majority of Australians, in particularly Melburnians who were subject to strict lockdowns throughout 2021. There had been a feeling among locals that Djokovic would be receiving preferential treatment by the Australian government if he were able to take part in the Australian Open, which could have sparked further public outrage.

Much has changed over the past 12 months. Australia, like many nations, has dropped its COVID-19…