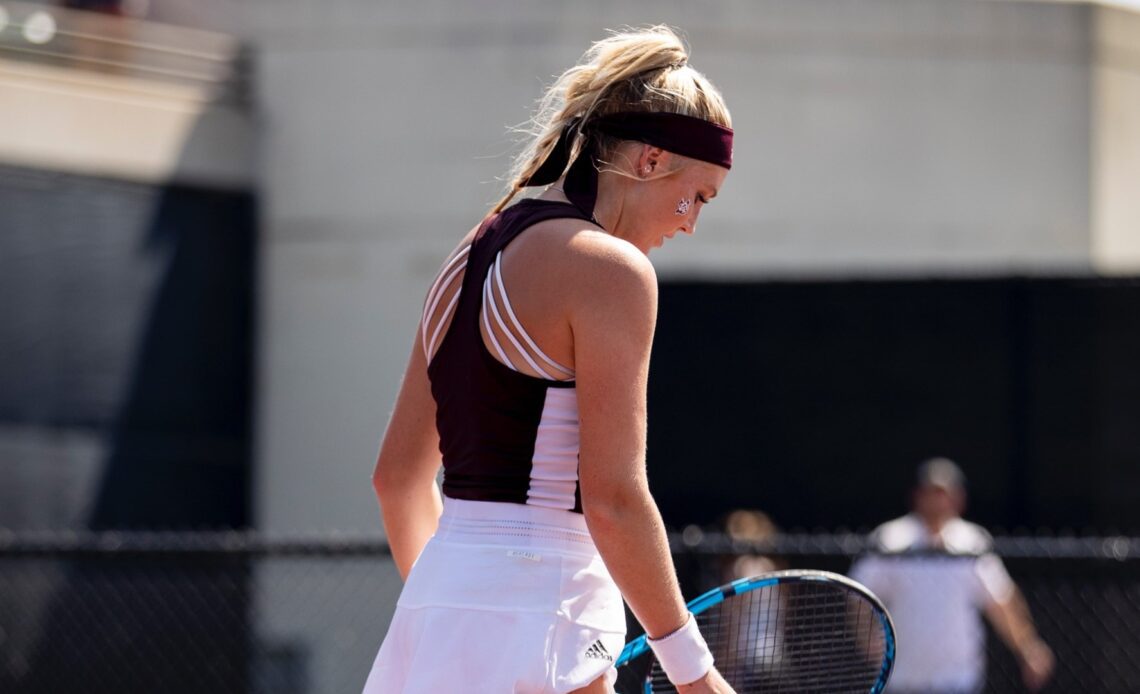 BRYAN-COLLEGE STATION, Texas – The No. 5 Texas A&M women’s tennis team hosts its second doubleheader of the season on Friday, Jan. 20 versus Tulane and Sam Houston. First serve at the Mitchell Tennis Center is set for 12 p.m. against the Green Wave, with the Sam Houston match to follow at 4:30 p.m.


Texas A&M aims to carry over its strong performance from Tuesday, after sweeping Houston (7-0) and Prairie View A&M (7-0) in the opening matches of the season. The debut performance on court one from pairing Jayci Goldsmith/Salma Ewing was a success, the pair picked up a pair of wins and helped clinch the doubles point in both matches. Freshmen Mia Kupres, Daria Smetannikov and Lizanne Boyer all secured two singles wins, in their first dual matches of their collegiate careers. With Tuesday’s victories, the Aggies have secured a pair of wins in the programs opening doubleheader for the past six seasons.


The undefeated Aggies face Tulane to open the Green Wave’s season, this is the first ever regular season meeting between the teams. The Maroon & White then follow up with a fixture versus Sam Houston who opened its season strong with a pair of wins versus Prairie View A&M (4-1, 5-2). This will be the fourth all-time meeting between A&M and the Bearkats, with the Aggies boasting a 3-0 record at home.

The more events you attend, your points will increase. Those points can be redeemed via the online Giveaway Store for a variety of items. Register today within the 12th Man Mobile app to earn 20 points at the match.